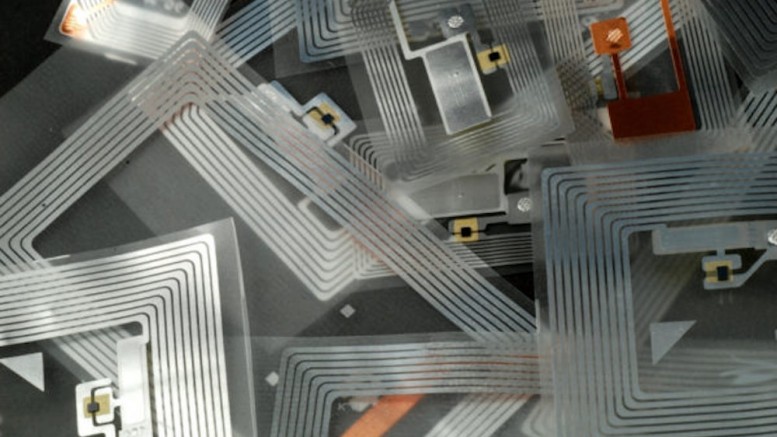 Zebra Technologies showcased its emerging Internet of Things (IoT) technologies at the Innovation Labs World conference in Singapore this week.

The Lincolnshire, Illinois company presented on its smart tag technology that allows advanced monitoring of shipped goods. As well, it discussed its Zatar platform, which is described as the “Facebook of Things.”

Zebra’s smart tags are printed labels on thin plastic that function as a tiny computer equipped with IoT functionality no bigger than a five-cent coin.

Acting like a mini-computer without the display, the smart tag is equipped with logic capability that allows it to be programmed to work with various sensors that can be attached. These can include sensors that track temperature, humidity, light exposure and motion speed.

The tags are also equipped with antennas that transmit data on the product’s status via such modes as wi-fi, 3G or 4G depending on the infrastructure of the shipper.

At a cost of 30 to 50 cents each, each smart tag can be affixed to goods that are being shipped in order for companies to track the status of products in transit.

“If you had the Internet of Things enabled on the goods in the truck it could intelligently alert you when the inside of the truck reaches a certain temperature,” said Chia Lee Kiat. “Let’s say the refrigeration breaks down then the smart tag could alert the driver to come back to the shipment hub to change the truck.”

He says that a persistent problem with IoT devices is managing the issue of battery life.

“If you deploy a lot of Internet of Things devices out there the amount of manpower to maintain them can become unsustainable,” he said. “This is a problem everyone is trying to solve.”

But Zebra’s new technology aims to address this problem by using a very small printed battery in its smart tag that can last up to a year.

Besides the smart tags, Zebra also showcased the Zatar platform, which it describes as its IoT operating layer. Chia calls Zatar the “Facebook of Things” because of its ability to bring data together in an easily understood way.

Hosted in the cloud by Amazon Web Services, Zatar aggregates data that is transmitted to it from IoT devices. The data is then processed with big data analytics so it can send users notifications.

In the earlier example of refrigerated food shipments, Zatar can work in concert with the smart tags to allow shippers to monitor the environment of the goods in transit.

“When all the data from the devices is transmitted to Zatar we can write intelligent web applications,” said Chia. “Using Zatar APIs on industry standard platform it can enable data to be reported in whatever format you wish.”