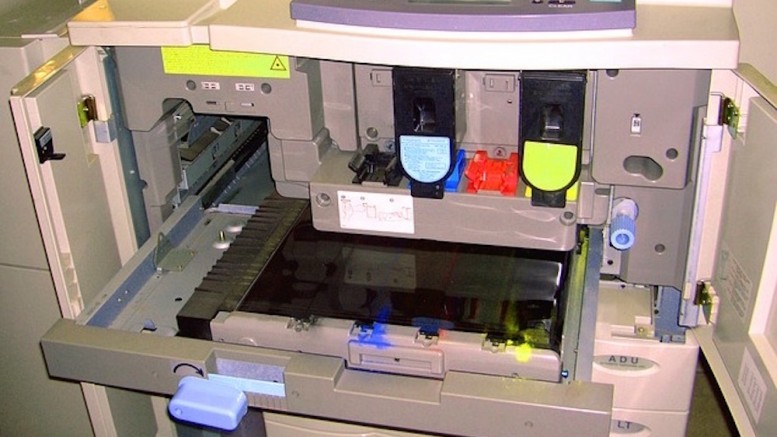 Shares of Lexmark International Inc. (LXK) were trading up +4.86 or +13.83 percent to $39.99 per share in Friday’s premarket after the U.S. CFIU determined that the company’s merger with Chinese based Apex Technologies had no unresolved national security issues. Lexmark International stock closed at $35.13 per share, down -0.34 or -0.96 percent in Thursday’s regular trading session.

Lexington, Kentucky based Lexmark International Inc. was originally formed after IBM divested its hardware manufacturing facilities in 1991. The sale included its printer and printer supply business, which it sold to Clayton, Dubilier & Rice Inc. in a leveraged buyout. Lexmark then had its initial public offering in 1995.

Lexmark specializes in manufacturing imaging systems, laser printers and toner, as well as providing document management systems, business process management and managed print services for businesses all over the world.

The company employs approximately 12,500 people and has research and development facilities in California, Colorado, Kansas, the Philippines, India, Germany and Sweden with sales offices in North and South America, Europe, Asia and Africa.

Founded in 2004, Zhuhai, China-based Apex Technology Co, Ltd is designer, manufacturer and marketer of laserjet and inkjet cartridge chips for distributors and remanufacturers. The company’s main products include inkjet chips, laserjet chips, toner cartridge components, drums, toners and copier chips to name just a partial list of Apex’s printer and printing related supplies. The company distributes its products in China, Uruguay and internationally through branches in the United States, the Netherlands, Taiwan and Shanghai.

Early this morning, the company announced that it had been cleared by the Committee on Foreign Investment in the United States for its acquisition by a Chinese consortium led by Apex Technology Co. Ltd. and PAG Asia Capital. The regulator found that there were no unresolved national security issues related to the acquisition.

The company received a $40.50 bid from the consortium on April 19th and was waiting for clearance from regulators. The CFIUS asked the two parties to enter into an agreement with both the U.S. Department of Homeland Security and the U.S. Defense Department. The transaction is still subject to approval from China’s State Administration of Foreign Exchange.

Lexmark will continue to operate from its corporate headquarters in Lexington, Kentucky after the deal and will retain Chairman and Chief Executive Officer Paul Rooke to lead Lexmark after the close of the transaction. The deal is expected to close in the second half of this year.

According to a Bloomberg report, the Chinese consortium led by Apex Technology and PAG Asia Capital is considering selling Lexmark’s software unit to an undisclosed buyer. The source that revealed the news said that the sale of the unit could raise approximately $1 billion. Nevertheless, no official announcement was made and neither Apex or PAG Asia revealed any details on the matter.