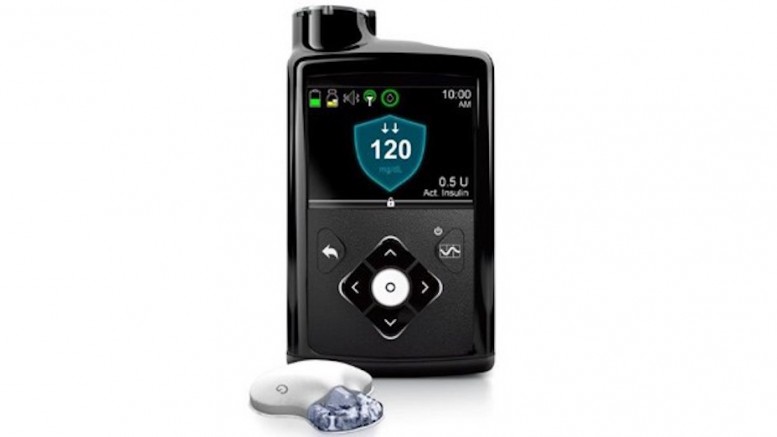 There’s yet another breakthrough in the medical technology available to improve the quality of life for those with Type 1 diabetes. On September 28th the FDA approved Medtronic’s MiniMed 670G hybrid closed looped system, the first automated insulin delivery device in the world for those with type 1 diabetes.

The MiniMed 670G hybrid closed looped system is designed to automatically monitor glucose levels and provide the appropriate insulin dosage. The device is intended to be used by people 14 years of age or older with type 1 diabetes. It works by measuring glucose levels every five minutes and automatically administers or withholds insulin depending on the target glucose needs of the individual.

According to the CDC, approximately 5 percent of people with diabetes have type 1 diabetes. It is also known as juvenile diabetes because it is typically diagnosed in children and young adults. Type 1 diabetes is considered an autoimmune disorder because the body’s immune system attacks and destroys the insulin producing beta cells in the pancreas. Since the pancreas makes little or no insulin, individuals with type 1 diabetes have to constantly monitor their glucose levels throughout the day and manage their insulin levels. Insulin therapy prevents the individual from having glucose levels that are too high (hyperglycemic) and is usually self-administered through injection with a syringe, an insulin pen or insulin pump worn on the user.
MiniMed 670G consists of a glucose monitor and insulin pump which is connected to the catheter inserted under the skin. It uses a combination of advanced technologies to deliver a better user controlled system that continuously monitors glucose levels. The SmartGuard HCL algorithm is used to deliver a variable rate of insulin 24 hours a day based on the individual needs of the patient. If the blood sugar levels are too high, the device will provide the correct insulin dose to bring the glucose levels down. The device will shut off automatically when it detects blood sugar levels are too low.

Second, The Guardian Sensor 3 offers the user continuous seven-day wear and incorporates diagnostic technology that continuously monitors how the sensor is operating. According to Medtronic, it is the first and only sensor approved by the FDA to control a hybrid closed loop system.

Although the MiniMed 670G has often been referred to as an “artificial pancreas”, the device isn’t yet considered fully automatic. The user will need to figure out the amount of carbohydrates in their food and enter the information into the system and program bolus correction recommendations The insulin delivery system will need to be recalibrated every 12 hours, the sensors will need to be changed weekly and the insulin reservoir will need to be changed every three days. However, despite the user management that is required, the device is still considered a vast improvement over previous forms of glucose monitoring systems.

FDA approval was provided based on the results a clinical trial with 123 participants with type 1 diabetes, who wore the device for three months. Participants in the clinical trial reported a reduction in HbA1c levels (7.4% to 6.9%) and a decrease in the amount of time spent with blood sugar levels out of the target range. According to the clinical trials lead investigator, Dr. Richard Bergenstal of Park Nicollet’s International Diabetes Center in Minneapolis, there were no malfunctions, hyper or hypoglycemic events, and no hospitalizations during the study.

For people with type 1 diabetes, the MiniMed 670G closed looped hybrid system is a revolutionary advancement in the self-management of insulin and glucose levels. This device provides greater freedom for individuals to live their lives without constantly monitoring and manually checking baseline glucose levels and self-administering insulin.

Speaking as someone who watched her grandfather manually check his glucose levels and inject insulin everyday, I personally know how challenging it can be to manage this condition. I only wish that he were alive to see and use this advanced technology.

The MiniMed 670G is expected be available in the spring of 2017.