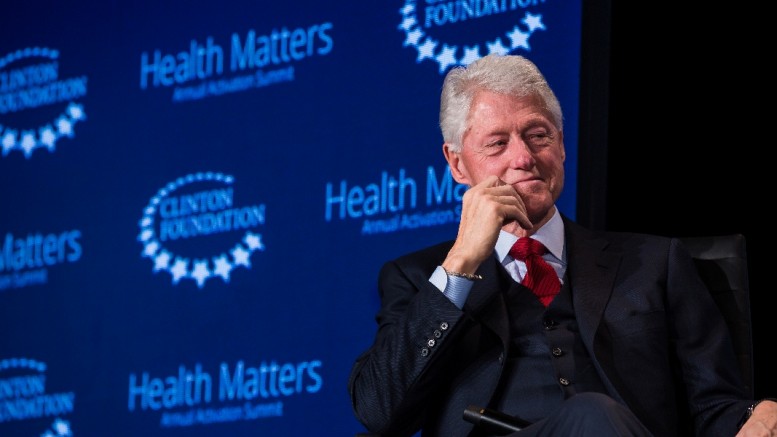 Square Roots, a life sciences company focused on pregnancy and the healthy formation of life, announced a pilot program with the Clinton Health Matters Initiative (CHMI), an initiative of the Clinton Foundation, to help address maternal health issues in the United States. The two organizations will spearhead the initial pilot in Natchez, Mississippi. The announcement was made during the CHMI’s Fifth Annual Health Matters Activation Summit in Indian Wells, California.

Expected to launch later this year, this innovative city pilot program in Natchez will equip expecting mothers with a comprehensive list of services, support and coaching while addressing specific issues, such as maternal nutrition, throughout their pregnancy. The Natchez initiative is a three year commitment to the city.  A number of expecting mothers have chosen to be a part of the initial roll out of the program.

“Square Roots is bringing a comprehensive approach to help improve maternal health from all angles,” said Morad Fareed, CEO, Square Roots. “Our work with the Clinton Health Matters Initiative in Natchez is only the beginning to helping us understand how to bring a complete solution to maternal health in the United States which, unbelievably ranks lower than many other countries around the world. We believe that our team will serve as a much needed resource in Natchez and look to widen our ability to help more expecting mothers as we develop a proven solution.”

The United States currently ranks only 33rd out of 176 countries as the best place to be a mother, and 56th in the world out of 224 countries in infant mortality. The state of Mississippi is currently home to the highest infant mortality rates in the U.S. according to the 2015 Save the Children World Report.

Additionally, in the United States women face a 1 in 1,800 risk of maternal death, the worst performance of any developed country in the world and the only developed nation with a rising maternal mortality rate. A woman in the U.S. is more than 10 times as likely as a woman in Austria, Belarus or Poland to eventually die from a pregnancy-related cause.

CHMI is a national initiative that works to improve the health and well-being of people across the United States to advance community health by closing gaps in health disparities. CHMI’s focus on systems change enhances collaborations, leveraging of resources and impact.

President Bill Clinton and Clinton Foundation Vice Chair Chelsea Clinton are hosting the Summit which is a yearly convening of the country’s foremost health experts and implementers. Participants are engaging in action-oriented dialogue, taking examples and cues from CHMI’s key programs and partners, and using case studies of universally applicable successes and less-discussed failures to chart the path for scaling and sustaining what works in health advancement.

About Square Roots
Square Roots is a life sciences company focused on integrating new technology and scientific findings to optimize the state of maternal and infant care. Square Roots organizes integrated solutions and implements them by connecting the dots of existing care models with human needs to create a measurable impact on health at life’s most critical stages, birth and infancy. To learn more about Square Roots, please visit www.squareroots.com.

About the Clinton Foundation
The Clinton Foundation convenes businesses, governments, NGOs, and individuals to improve global health and wellness, increase opportunity for girls and women, reduce childhood obesity, create economic opportunity and growth, and help communities address the effects of climate change. Because of the foundation’s work, more than 30,000 American schools are providing kids with healthy food choices in an effort to eradicate childhood obesity; more than 85,000 farmers in Malawi, Rwanda, and Tanzania are benefiting from climate-smart agronomic training, higher yields, and increased market access; more than 33,500 tons of greenhouse gas emissions are being reduced annually across the United States; over 400,000 people have been impacted through market opportunities created by social enterprises in Latin America, the Caribbean, and South Asia; through the independent Clinton Health Access Initiative, 9.9 million people in more than 70 countries have access to CHAI-negotiated prices for HIV/AIDS medications; 85 million people in the U.S. will be reached through strategic health partnerships developed across industry sectors at both the local and national level; and members of the Clinton Global Initiative community have made more than 3,400 Commitments to Action, which have improved the lives of over 430 million people in more than 180 countries.