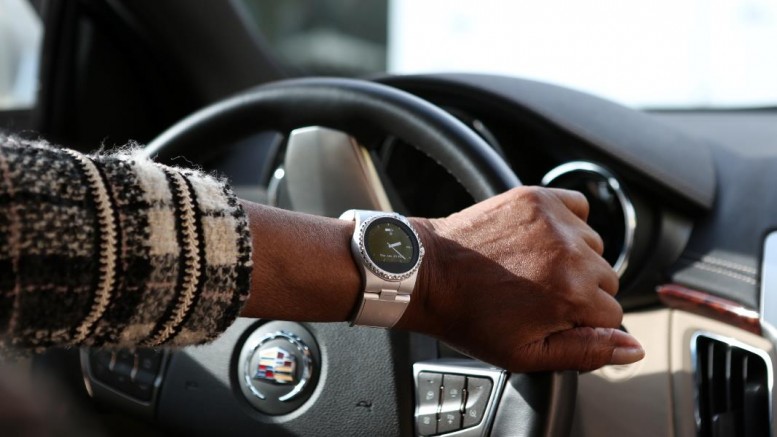 UnaliWear™ and Maxim Integrated Products, Inc. today announced the initial closing of UnaliWear’s $3.4M Series Seed financing, led by a $1M investment from Maxim Ventures.  The majority of Maxim’s investment will be dedicated to beta test preparation for UnaliWear’s Kanega watch, which is the wearable part of a Personal Emergency Response System (PERS) that delivers independence with dignity for independent but vulnerable populations.

The companies are working together on the Kanega watch, a go-everywhere unobtrusive wearable that provides discrete support for falls, medication reminders, and a guard against lost-wandering with “guide-me-home” assistance.  Thanks to the patent-pending battery system in the band, wearers don’t need to take off the watch to charge it. The waterproof watch can be worn in the shower or bath, as well as during exercise like a water aerobics class.  Featuring a classical watch style, the Kanega watch uses an easy speech interface rather than buttons or touch screens. It learns the wearer’s lifestyle to provide predictive, pre-emptive support. For example, it may provide directions home or notify the user of gait or speech changes that may be signs of a medical problem such as a stroke.  It has cellular and Wi-Fi connections for use in and out of the home, as well as built-in GPS tracking.

“My 82-year-old mother wasn’t willing to wear today’s medical alert products, because she said they were ugly, limited to use in the house unless tethered to a smart phone (which she doesn’t have and doesn’t want), and the big help buttons marked her as ‘old’,” said Jean Anne Booth, CEO, UnaliWear. “Like most of today’s independent-living seniors, she chose not to use medical monitoring support rather than suffer social stigma. Mom now serves as UnaliWear’s Senior User Experience Advisor.”

“We are excited by UnaliWear’s vision and their dedication to a purpose-built wearable that provides a solution for vulnerable populations,” said Shailendra Mahajan, Managing Director of Maxim Ventures.

“With Maxim’s leadership, UnaliWear is well-poised for future growth and investment,” stated Jean Anne Booth, CEO, UnaliWear.  “This investment accelerates the delivery of the Kanega watch, and we’re excited to be soon delivering on our mission of extending independence with dignity for vulnerable populations.”

“Maxim Ventures continues to strategically invest in healthcare products that align with our goal of expanding the high-end wearable market for our parent Maxim Integrated’s semiconductor products,” said Chris Neil, Head of Maxim Ventures. “The Kanega watch conveniently links wearers with the support they need and allows people to live more independently and safely.”

Originally developed for seniors, UnaliWear’s successful Kickstarter campaign in early 2015 broadened the company’s outlook. Today, that includes people with disabilities and people with chronic diseases such as Parkinson’s disease, multiple sclerosis and Lou Gehrig’s disease. The Kanega watch is entering beta testing, and should be available in the U.S. in the second half of 2016. For more information about UnaliWear, go to www.UnaliWear.com.