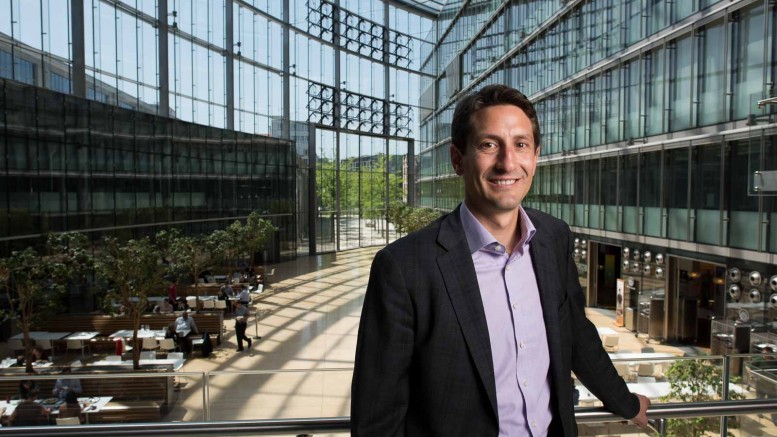 Sophia Genetics, global leader in Data-Driven Medicine, announced today, at the 2017 Wired Health Conference in London, that by the end of Q1 2017 the company will officially cross the strategic threshold of analyzing genomic profiles from 100K patients with its artificial intelligence SOPHiA.

Speaking on the main stage of the 2017 Wired Health Conference about the company’s innovative approach to democratize Data-Driven Medicine, Jurgi Camblong, Sophia Genetics’ CEO, also confirmed that the company has reached the strategic milestones of over 250 health institutions using its AI technology SOPHiA in 45 countries, further strengthening SOPHiA’s leading position as the most used technology for Data-Driven Medicine worldwide.

The AI of the Swiss-based healthtech company, which counts Illumina amongst its partners, is used by hospitals to overcome the bottleneck of analyzing the complex data generated by genome sequencing. Used by hospitals across 45 countries, SOPHiA is continually trained by its global network of users to identify key variants in patients’ genomic profiles and turn this information into actionable insights, helping clinicians make informed decisions.

Interpretation of genomics data has for long been lengthy, costly, inaccurate and treated like an art. But Sophia Genetics has managed to make genomic analysis accessible, standardized and accurate, to support a global network of over 250 institutions to pool patients’ genomic data into its unique SaaS analytics platform powered by SOPHiA. With the company AI, hospitals get first-hand actionable insights to understand the molecular causes behind diseases in oncology, hereditary cancer, cardiology, metabolism and pediatric conditions.

The more data SOPHiA processes, the more it learns, as information is continuously shared anonymously on the platform to help clinicians advance their own knowledge and make better decisions. In an ever-evolving field, where expertise might be sitting in different places across the globe, knowledge sharing is key to ensure that the expertise of a specialist in London for instance can be accessed to save patients somewhere else on the planet.

Since its inception, the rapid adoption of SOPHiA has triggered a wave of democratization of Data-Driven Medicine worldwide by empowering hospitals across the globe to rapidly embrace the genomics revolution. Now used by over 250 hospitals in 45 countries, SOPHiA allows any hospital, no matter its experience in genomics, to get up to speed and analyze genomic data to identify disease-causing variants and match them with the most effective drugs that can be used to treat patients.

Founded in 2011, Sophia Genetics has since been at the forefront of standardizing genomic data analysis for clinical diagnostics. The company is currently enrolling 10 new healthcare institutions every month on its SaaS analytics platform powered by SOPHiA. In the summer 2016, Sophia Genetics began global expansion outside Europe, which resulted in the adoption of its AI solution by leading hospitals and healthcare institutions from Canada, Australia, Russia, and Latin America. Most recently, thanks to its accessibility, SOPHiA has also been deployed by hospitals from the African continent, further democratizing patients’ access to Data-Driven Medicine.

Speaking about the benefits of using SOPHiA in the clinical workflow, Dr. Reinhard Hiller from the South African Centre for Proteomic and Genomic Research (CPGR) commented: “In creating a first-of-its-kind Genomic Medicine offering in Africa, working with Sophia Genetics’ platform has been beneficial because its implementation requires a stringent certification program, it provides high-quality reference samples for workflow validation, and, its analysis and reporting algorithms have been extensively tested by a global community of Genomic Medicine practitioners, allowing us to offer a best-in-class service from the word go.”

Addressing the company’s strategic milestones announced today, Sophia Genetics’ CEO Jurgi Camblong declared from the 2017 Wired Health Conference in London: “As the industry is approaching the $100 genome, Sophia Genetics will cross by the end of Q1 2017 the strategic threshold of 100K patients’ genomic profiles analyzed, showing that SOPHiA is now clinicians’ technology of choice for addressing the challenges of analyzing the tsunami of genomics data generated by the modern clinical workflow. By bringing down this barrier, SOPHiA allows hospitals worldwide to embrace the clinical genomics revolution, to the ultimate benefits of patients.”

Jurgi Camblong added: “Those key milestones are only the beginning of the global movement to bring Data-Driven Medicine to all. Sophia Genetics is constantly improving its technology and operations with the goal of making actionable clinical information accessible to all. I am particularly proud to bring our technology to Africa. The company’s growth and momentum to date shows that our goal to democratize Data-Driven Medicine is well under way”.