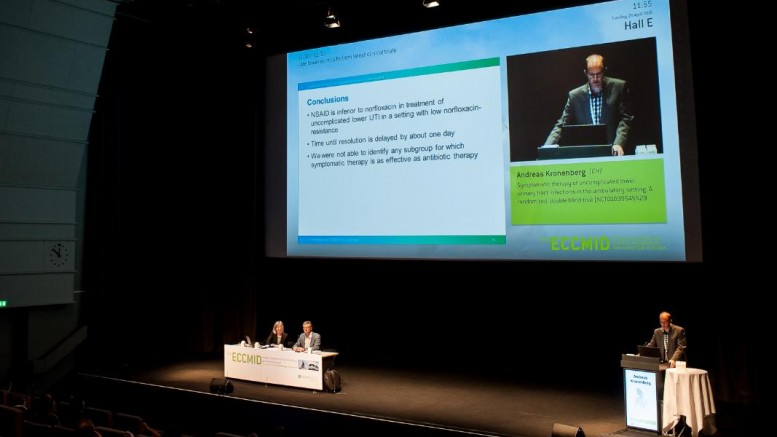 Research abstracts on colistin resistance and migrant health to be presented

The European Society of Clinical Microbiology and Infectious Disease (ESCMID) – an organization that explores risks, knowledge sharing and best practices in the fight against infectious disease – has received more than 300 late-breaker abstract submissions for its annual congress, ECCMID 2016 in Amsterdam.

Amongst the plethora of entries, two special tracks were opened up for topics that have not only high scientific importance, but also relevance on a global scale: colistin resistance and migrant health. A total of 340 late-breaker abstracts have been submitted, 25 of which are related to refugee health, 44 to colistin resistance, and 271 on other topics. The ECCMID Programme Committee selected the most interesting and scientifically significant late-breaking abstracts to be presented to the global infectious disease and microbiology community in three dedicated oral sessions and additional poster presentations.

With thousands of people currently migrating to other territories, there is a challenge for public health systems in transition and host countries to keep up with any new or emerging infections. Having eradicated a number of infectious diseases such as diphtheria and polio, over the past centuries, Europe is being threatened with the reemergence of several infections, forcing clinicians and public health specialists to develop strategies for the screening, the prevention, and the treatment of these diseases.

Separately, the second focus of the late-breaking abstracts is on emerging colistin resistance. Reports about the spread of plasmid-borne resistance to this last-resort antibiotic have come from China, Canada, the UK and most countries in continental Europe. These new report have revealed how easily resistant bacterial strains can spread and the latent threat they pose to current and future patient care.

In addition to the special tracks there will be a third oral session dedicated to late-breaking results on other topics in infectious diseases and clinical microbiology. They include abstracts on the diagnosis of the Zika virus, on late complications of Ebola or on improvements in the diagnosis and treatment of tuberculosis.

Prof. Winfried Kern, ECCMID Programme Director commenting on this year’s selection: “In view of these two pressing problems of major concern we have opened up two special tracks for lat- breaking abstracts on these two topics this year. Refugee and migrant health is a hot topic, as you can imagine. Researchers will present the most recent data on this topic, which will help healthcare providers and policy makers tackle the challenges we are facing in the treatment of migrants in host countries today. The spread of plasmid-borne colistin resistance is also a major concern. The first reports came out in last November and we have now evidence that this plasmid-mediated resistance has spread all over the world with report coming from almost 20 countries. At ECCMID we will present evidence on how to better deal with plasmid-borne colistin resistance.”