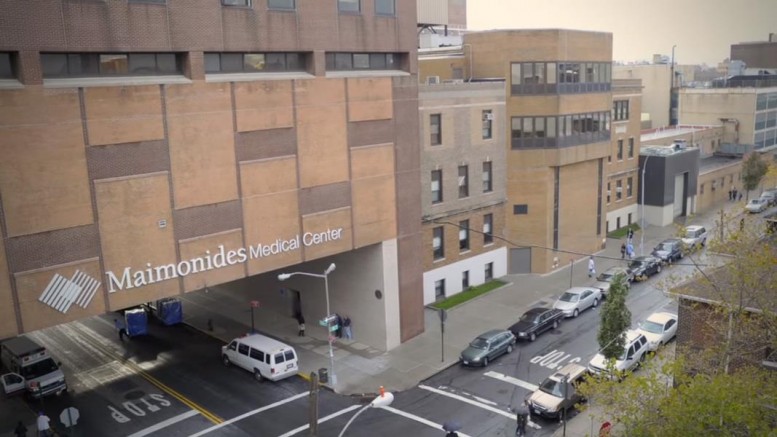 Brooklyn, NY-based Maimonides Medical Center, one of the largest independent teaching hospitals in the United States, has turned to DataCore Software, the leader in Parallel-Powered Software, Application-Adaptive Data Infrastructure and Hyper-converged Virtual SAN solutions, to securely and seamlessly manage its storage resource expansion and to ensure 24×7 data availability. Due to the massive growth of data storage, information technology managers in the healthcare industry today face enormous pressure to deliver more storage capacity, better resiliency and faster performance all while managing costs.  DataCore SANsymphony-V software enables healthcare providers like Maimonides to virtualize their storage devices – eliminating storage silos by creating a pool of storage that is managed centrally by one platform delivering unified storage services and ensured continuous data access.

Prior to implementing DataCore SANsymphony-V at Maimonides, storage was directly attached to mission-critical application servers, and it became increasingly difficult to maintain the systems all while keeping patient records, prescription data, medical supply ordering and fulfillment, research data, clinical imaging databases and voice dictation available at doctors’ fingertips. With over 800 physicians relying on Maimonides’ information systems to care for their patients around-the-clock, the need for continuous data availability is a necessity. The lack of maintenance windows and the devastating effects that downtime could have on patients and staff was an urgent matter that Maimonides needed to address.

Maimonides selected DataCore for its software-centric approach to storage virtualization and its inherent ability to “thin provision” storage capacity which has proven to be an invaluable service in eliminating the labor-intensive need for system administrators to micro-manage the capacity requirements of life-critical applications. From the very beginning, DataCore enabled Maimonides to consolidate storage management for mission-critical patient records, and has now consolidated all of its online storage resources under the control of the SANsymphony-V virtualized storage platform.

Maimonides’ history with DataCore dates back to the year 2000. Initially DataCore was brought in because Maimonides used IBM Serial Storage Architecture (SSA) to support a particular neo-natal unit’s data storage requirements. Because this particular storage equipment had reached end-of-life and was no longer supported by IBM, the storage team at Maimonides used the DataCore virtualized storage platform to bridge the SSA devices into Fibre Channel connections to their application servers.

In a second phase with DataCore, Maimonides Medical Center migrated to an infrastructure-wide, DataCore-powered SAN spread across two sites – two geographically separated DataCore-powered SANs running as active-active data centers. This was done in 2001. The goal was to handle the data growth in the electronic medical record application and meet existing state and federal requirements to store patient records for at least seven years and often for even longer.

“When we started putting application servers on the DataCore virtualized storage platform and started to really understand what we were doing, the SAN grew and grew,” states Rogee Fe de Leon, head of the storage group, Maimonides Medical Center. “It grew so much that it started breaking down due to sheer size. We made the decision to scale our virtualized storage infrastructure to multiple node pairs. As we have moved along, we have also increased the bandwidth between the sites and upgraded our Fibre Channel infrastructure significantly to deal with the expanded size and scope of the deployment.”

A little less than one petabyte of managed storage (“virtual disks”) is used as “tier 1” storage. This storage serves the critical applications – including medical records and imaging. The Picture Archiving and Communications System (PACS) is the most storage-intensive application. Meeting HIPAA’s requirement for audit trails has been a pretty straightforward process of keeping more log files for a longer period of time. The disaster recovery requirements of HIPAA have been met by replicating the patient data to a second DataCore-powered SAN.

The most pressing requirement the hospital had (and one that still tops the priority list) is realizing business continuity – meaning delivering non-stop hospital operations. To achieve this, the key benefit that DataCore delivers for Maimonides is high availability. Storage consolidation, for example, was never a priority for Maimonides. Moreover, server virtualization has only been undertaken since 2011. The goal was always simply to have highly available applications delivered via highly available storage.

“High availability was the first and foremost reason for going with DataCore – and for continuing with it,” adds Fe de Leon. “Now, everything that is mission-critical to the running of the hospital is supported by the DataCore virtualized storage platform. Users not only receive faster access to data, but they benefit from more server capacity as well.”

Four pairs of SANsymphony-V’s precursor, SANsymphony, have been running since 2005. Each pair of storage nodes represents 250 TBs of mirrored, virtual storage capacity. Physical storage capacity available behind the pairs is almost twice that, or 500 TBs per pair. Total storage capacity is approximately two petabytes. By centralizing the management of all storage resources as a scalable, fully redundant virtualized pool the hospital ensures 24×7 access to critical information. This virtualized storage infrastructure powered by DataCore means Maimonides has eliminated lapses in data availability from hardware failure and storage maintenance.

The Virtualized IT Landscape

The drive to deploy virtualized servers at Maimonides was no doubt similar to the adoption of server virtualization at most organizations. Sheer demand for servers and for applications from every group within the organization meant that deploying virtual machines (VMs) to meet their IT needs made sense – both practically and economically. And Maimonides has significantly ramped up virtualizing servers over the past two years. On the virtualized server side, the medical center now maintains 150 virtual machines (VMs) across their systems. Out of a total of 12 VMware ESX hosts, six hosts are clustered into a production environment and the others are clustered in a development environment.

The medical center also has numerous physical Microsoft servers, which are clustered between the two sites for the sake of business continuity. The balance of the hospital’s hosts run IBM AIX (Unix) and Red Hat Linux, all obtaining their storage from the DataCore-powered virtualized storage platform.

In the most recent deployment of SANsymphony-V, the configuration virtualizes one pool of fast Fibre Channel disks on X-IO arrays as well as two vast pools of high-density, lower-cost, SATA disks on IBM arrays.

The hospital’s IT department was challenged with the growth of data storage. The lack of maintenance windows and the potentially devastating effects of downtime on the facility’s patients and staff prompted the urgency to examine SAN alternatives. Maimonides implemented DataCore’s open and extensible SANsymphony-V storage networking and management software to eliminate single points of failure and ensure continuous, reliable data access.

The ability to have rock-solid business continuity remains the overriding benefit Maimonides derives from DataCore storage virtualization software to this day. DataCore makes it possible for Maimonides to “metro-cluster” applications between two different sites as if they were co-located. This way, if for any reason one site happens to be offline – due to a planned or unplanned outage – the hospital’s IT systems remain up and running – continuing non-stop business operations.

“The performance and data availability delivered by SANsymphony-V enables our IT staff and medical staff each to focus on what they do best,” explains Fe de Leon. “When patients’ lives are on the line, health care professionals cannot tolerate having to wait for information because a system is offline for maintenance. The DataCore storage virtualization software has dramatically improved how we manage our storage resources and has given us a cost-effective solution to manage ongoing expansion.”

The Road Ahead: Software that Supports Whatever the Future Holds

SANsymphony-V allows the storage team at Maimonides to mix and match disks from different vendors as the price of storage falls and the medical center’s needs grow. The device-independent approach of the SANsymphony-V virtualized storage platform gives the hospital flexibility to incorporate existing hardware investments and leverage new technologies, without locking them into any single hardware or storage technology. With complete data redundancy and system monitoring tools, the software offers high levels of data protection in a cost-effective architecture.

“DataCore’s storage virtualization software meets the need of organizations like Maimonides that are struggling to manage the proliferation of mixed storage resources while maintaining high availability and rapid response for users — all on tight IT budgets,” said George Teixeira, President and CEO of DataCore Software. “Our SANsymphony-V virtualized storage platform sets the standard for flexible and trusted data storage management in the software-defined data center.”