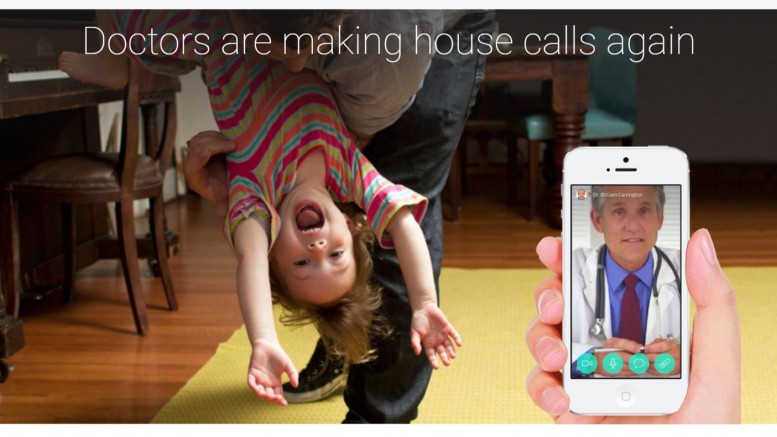 HealthTap, the world’s first Global Health Practice providing 24/7 immediate access to doctors from query to cure, today announced that its network of U.S. licensed doctors has grown to more than 100,000. These doctors have joined HealthTap in its virtual care revolution, enabling people everywhere to access quality care from any mobile device or personal computer, and for doctors to deliver care anytime from anywhere.

The virtual care movement is a revolution in how care is delivered and how health is managed, and it’s happening on HealthTap. The movement has attracted doctors across 141 specialties, who speak 117 languages, with an average of 21 years of clinical experience. They are located in over 3,000 cities and towns across all 50 states. The doctors in the network trust each other to provide quality care. There are more than 4.2 million referral connections in the network. The expertise of doctors in the network is widely recognized; they have published over 310,000 peer-reviewed articles. These doctors have joined HealthTap to answer questions from people in every corner of the world. HealthTap has served more than 4.3 billion answers from these doctors to patients, which have helped close to 250 million people in more than 100 countries around the world.

This unprecedented doctor movement has already made a remarkable impact: HealthTap doctors have received more than 22,800 notes thanking them for saving a person’s life or that of a loved one. The virtual care movement has created the largest network of doctors in the world who are active online, serving patients, and making a difference.

“Every day we hear from many patients and doctors alike that traditional healthcare is increasingly difficult to access in a timely manner, delivered with uneven quality and is increasingly impersonal,” said Ron Gutman, Founder and CEO of HealthTap. “Together with a powerful and rapidly growing movement of top doctors we are fixing that dynamic by using technology to bring back the elements of healthcare that have been lost—speed, quality and compassion. We are humbled by the doctors’ engagement, inspired by their mission to help people and empowered by their support to build a healthier happier world.”

The virtual care movement isn’t just about video visits between doctors and patients. It’s about completely changing the way care is delivered and received. Instead of waiting weeks to get a question answered, doctors in the virtual care movement are creating a vast library of trusted health content that’s available to everyone 24/7. In addition to seeing patients for virtual visits through video, audio or text, doctors provide answers to real patient health questions, create health tips on over 320 health topics and create checklists to help people reach health goals. These top doctors also rate medications and health apps, and share news and research. They even peer-review each other’s content and consults to ensure quality. Many of these answers, tips, checklists and ratings are available to anyone on HealthTap, for free. Doctors also answer questions and review content created by their peers, helping people see which answers, tips and checklists are the best.

Doctors are joining the virtual care movement and are participating on HealthTap to bring speed, efficiency, and greater compassion to the delivery of care. They benefit from more efficient patient visits, and can receive documents, photos, test results and other information in advance of patient visits. They can serve patients more quickly by ordering prescriptions and lab tests directly from virtual consults, and can easily follow up with patients and review results directly on HealthTap. Doctors can even earn Category 1 CME credits by accessing medical literature and responding to real health questions directly on HealthTap. Additionally, doctors can enjoy more flexible hours, practicing medicine on their own terms, from anywhere and at any time, and delivering care with a level of compassion often stifled because of shortage of time in other settings.

Users report that the care they receive from the doctors on HealthTap as part of the virtual care movement is as good as or better than the quality of in-person care. In a recent Gartner (NYSE: IT) survey, 67% of patients said that using virtual care increases their satisfaction with the medical care they’ve received.

The rapid growth of the HealthTap doctor network and the rapid adoption of HealthTap by people around the world reflects a popular shift in how doctors, patients, and the world are more efficiently and effectively managing health and well-being. The social benefits are significant: a UCSF-Stanford evaluation of virtual care estimated that 40 to 50 percent of primary care visits could be converted to virtual appointments, resulting in potential savings of $11 billion in the U.S. alone. An analysis (by Willis Towers Watson (NASDAQ: WLTW)) estimates that telemedicine could eventually save employers up to $6 billion a year. Beyond cost savings, the virtual care movement will also help address a projected shortage of up to 90,000 physicians in the United States by 2025 (according to a 2015 report published by the American Association of Medical Colleges), and fewer doctors practicing in rural and less affluent areas.

Lead by the 100,000 doctors now on HealthTap, the virtual care movement is ushering in a better future of faster, high quality, more compassionate care. Approximately 15 million people used virtual care services in 2015, up 50 percent from 2013 (American Telemedicine Association). HealthTap has experienced this momentum firsthand, as doctors providing care, patients seeking care, and people responsible for managing the health and care of large groups, have all turned to HealthTap in record numbers.