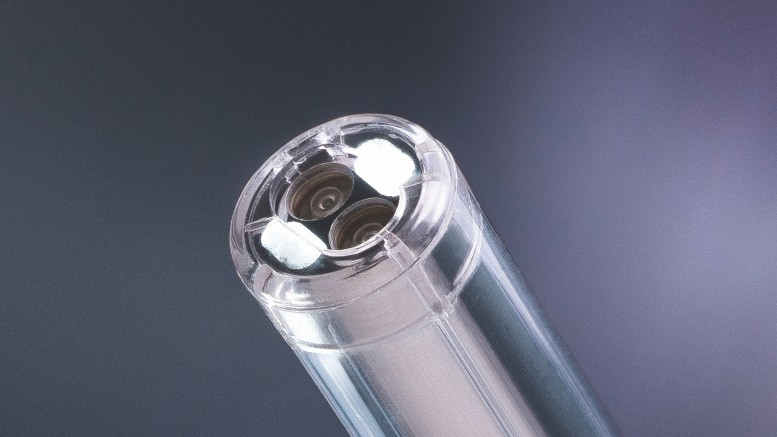 FloShield®, a clear sheath that mounts over a laparoscope and creates a vortex barrier of CO2 in front of the lens, showed a statistically significant reduction in robotic laparoscope lens removals during robot-assisted surgery in a clinical study conducted by Dr. Benjamin Lee, Chief of Urology at University of Arizona.

Overall, the results showed a 65.6% reduction in lens removals in the FloShield group compared to the control group — which consisted of standard lens cleaning techniques. The urologic surgeries included in this study were robotic partial nephrectomies, prostatectomies and pyeloplasties.

“Keeping the camera lens clean and optimizing the field of view is always important,” said Dr. Lee regarding the implications of the study.

Robot-assisted surgery has become more prevalent in recent years — Intuitive Surgical announced that approximately 652,000 surgical procedures were performed with their da Vinci® Surgical System in 2015, an increase of approximately 14% from 2014. The company projected that total da Vinci procedures would grow approximately 9% to 12% in 2016. FloShield is compatible with the 8.5mm da Vinci Si HD™ Surgical System laparoscope and accommodates 0°, 30° Up, and 30° Down lens angles.

Other companies are working on introducing surgical robots as well — ALF-X®, by TransEnterix®, is expected to be introduced in the United States in 2017. Verb Surgical™ — a joint venture between Verily (formerly Google Life Sciences) and Ethicon, a medical device company in the Johnson & Johnson family of companies — is committed to exploring the future of robotic surgery.

Recently, Medtronic announced details of their new robotics program, a flexible platform to be used in a wide range of surgical procedures, and slated to launch in India first.

“Robot assisted surgery is on the rise, contain incredible advancements that benefit the patient and surgeon, but there is still room for additional breakthroughs in vision enhancements,” said Dr. Wayne Poll, inventor of FloShield and former Chief of Staff at Riverside Methodist Hospital. “Surgical interruptions that occur due to lens cleaning are a common issue in traditional and robot-assisted laparoscopy — we look forward to working with other industry leaders to pave the way for advancements in robotic technologies to alleviate surgical delays due to loss of vision.”