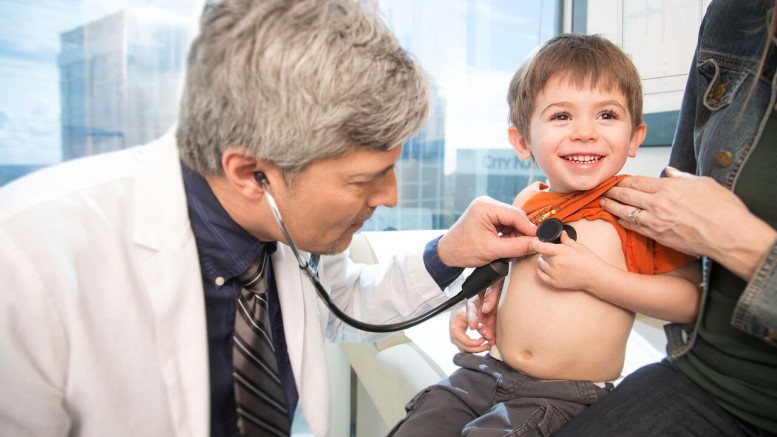 Eko Devices (Eko), a digital medical device startup, has received the U.S. Food and Drug Administration clearance to launch Eko Core, a next generation digital stethoscope. Eko Core is the only stethoscope on the market to wirelessly stream heart sounds to a HIPAA-compliant smartphone app and the first to integrate heart sounds directly into the patient’s electronic health record (EHR), paving the way for clinicians to better address a cardiovascular disease crisis that affects 1 in 4 people worldwide.

The Eko Core is now available to millions of U.S. clinicians who rely on stethoscopes as a fundamental component of the physical exam. Eko Core is also the only stethoscope available that enables clinicians to switch between analog and digital modes. The Bluetooth-connected mobile app, available on the Apple App Store, allows clinicians to view a heart sound waveform, save heart sounds directly to a patient’s electronic health record and securely collaborate with a cardiologist for a second opinion.

“The stethoscope is an iconic and universal part of medical practice, a tool which nearly every doctor, nurse, and student learns to use,” said Dr. John Chorba, Cardiologist at the University of California, San Francisco. “The beauty of the Eko Core is that it captures the heart sounds in a streamlined way that has never been done before, interfacing seamlessly into our traditional exam without requiring any extra effort.” University of California, San Francisco’s Department of Cardiology is leading Eko’s ongoing clinical trial and Stanford University Department of Medicine will be the first institution in the country to deploy the device to its internal medicine residents as part of an ongoing institutional pilot.

Eko is also developing a groundbreaking decision support algorithm, a “Shazam for Heartbeats,” that will be included with the mobile app after undergoing a separate FDA review and completing trials. Shazam’s co-founders invested in Eko’s $2.8 million funding round alongside FOUNDER.org Founder & CEO, Michael Baum; Stanford University’s StartX Fund; and former Senior Advisor to the U.S. Secretary of Health and Human Services, John Noonan.

“As a team of young entrepreneurs, Eko has the ability to introduce delightful software and advanced decision support tools on top of the devices physicians already know and, most importantly, trust,” said Connor Landgraf, Eko’s Co-Founder and CEO. “We’ve started by pairing the oldest and the newest tools in the medical toolkit – the stethoscope and the smartphone.”

Be the first to comment on "FDA Clears Next Generation Stethoscope"