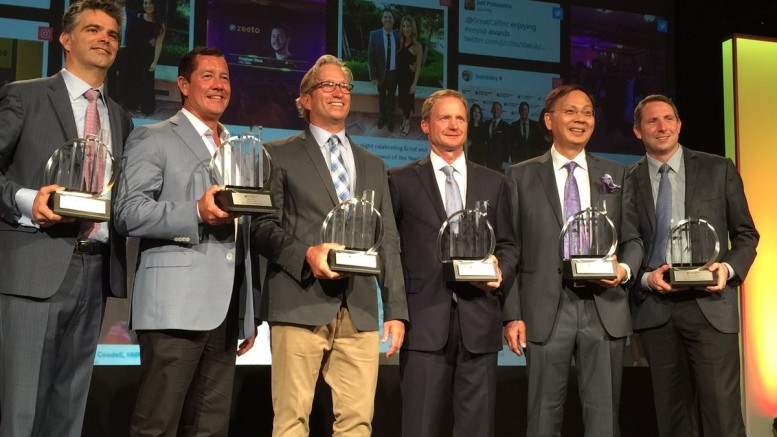 EY today announced that CEO David Inns of GreatCall Inc, the leader in connected health for active aging, received the EY Entrepreneur Of The Year® 2016 Award in the Tech Services category in San Diego. This year marks the 30th anniversary of the EY Entrepreneur Of The Year Award program. The award recognizes outstanding entrepreneurs who demonstrate excellence and extraordinary success in such areas as innovation, financial performance, and personal commitment to their businesses and communities.

“I’m honored to be recognized as an entrepreneur and leader in technology. This award comes at a pivotal time in GreatCall’s history as we enter into our second decade,” said Inns. “From the beginning, we saw an opportunity to reach older adults, an underserved market, in meaningful ways. This means having a deep understanding of the consumer, a strong grasp of technology, a unique customer service approach with U.S. based highly-trained agents, and easy-to-use devices and services. We have evolved from our initial focus on simplicity to health and safety to connected health and we look forward to furthering our portfolio with the consumer in mind.”

Inns was selected by an independent panel of judges, and the award was presented at a special gala event at the Fairmont Grand Del Mar on June 20, 2016. Since 1986, EY has honored entrepreneurs whose ingenuity, spirit of innovation and discipline have propelled their companies’ success, invigorated their industries, and benefited their communities. Now in its 30th year, the program has honored the inspirational leadership of such entrepreneurs as Howard Schultz of Starbucks Coffee Company, Robert Unanue of Goya Foods, and Mindy Grossman of HSN. Recent US national winners include Reid Hoffman and Jeff Weiner of LinkedIn; Hamdi Ulukaya, founder of Chobani; and 2015 winners Andreas Bechtolsheim and Jayshree Ullal of Arista Networks.