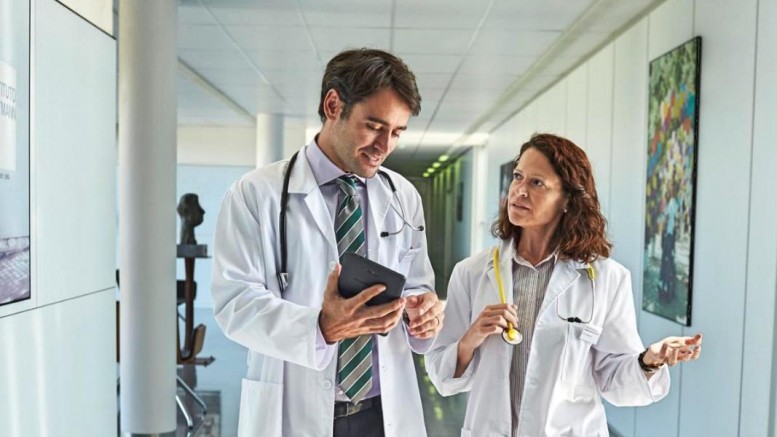 Dell announced that Humber River Hospital, one of Canada‘s largest acute care hospitals serving more than 850,000 people in the northwest Greater Toronto Area, has enabled its hospital staff to focus on providing personalized medicine and more effective patient care by implementing future-ready solutions from Dell. These solutions have increased performance for clinical and non-clinical applications by nearly 100 per cent while reducing costs.

Speed and reliability are top requirements in the medical field, and Humber River Hospital’s move to a new state-of-the-art facility served as the catalyst to redesign the hospital’s IT infrastructure. The hospital’s IT staff was looking for faster, highly-scalable IT deployments in the new Toronto-based facilities.

Five months after moving to new hospital facilities, Dell Canada and Humber River Hospital were able to quantify the performance enhancements made possible by the new Dell IT infrastructure. Since deploying Dell SC Series Storage and PowerEdge servers in October 2015, the hospital has increased the performance of its clinical electronic health record system (EHR) and non-clinical applications by nearly 100 per cent. The hospital also decreased data centre power and cooling costs by 50 per cent and reduced the physical footprint of its data centre by more than 80 per cent. The new in-house data centre saves time, space and money and provides a foundation for hospital staff to focus time and resources on delivering patient-centric care.

“Once we saw the demonstration of clinical and non-clinical applications running on Dell PowerEdge Servers and Dell SC Series Storage on a 10GB network, the decision to go with Dell was easy,” said Kevin Fernandes, CTO, Humber River Hospital. “The performance of Dell’s solution was phenomenal. It gave us the speed and scalability we were looking for, plus the system could be seamlessly upgraded every four to five years with zero downtime.”

The hospital also implemented Dell PowerEdge R730 rack servers each with 256GB of RAM, as well as new high speed 10GB Brocade 6520 8GB fiber switches in the data centre to connect to its storage arrays.

Dell Deployment Services, including the Dell enterprise deployment team and the Dell clinical  migration team completed the application migration from the legacy sites to the new hospital within a tight 30 day timeframe, with no system outages, on time and on budget.

By deploying Dell’s solutions, Humber River Hospital’s staff can operate as efficiently and as effectively as possible, enhance patient care and unleash innovation. Doctors and nurses can retrieve patient data faster and response times have decreased by 30%. Non-clinical staff can also create financial reports in a fraction of the time, completing forms that previously could take more than 90 minutes to complete now in 10 minutes. Back-ups can also be created faster with the new Dell storage solution and Dell disk backup appliance. A full clinical application restore that would previously have taken six hours can now be completed by a single SAN administrator in just 45 minutes.