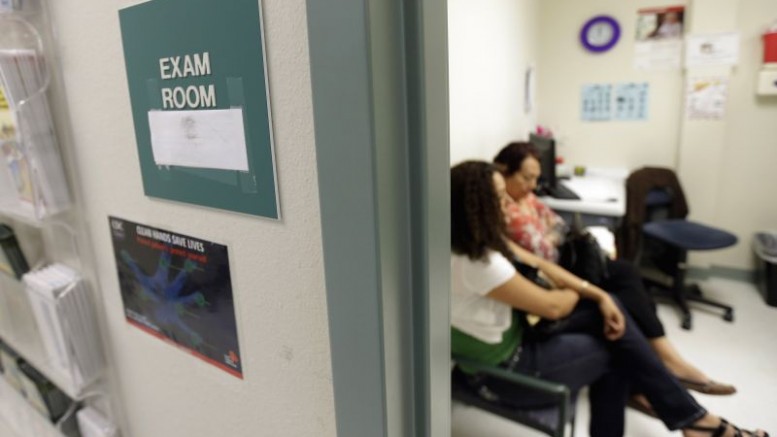 An estimated 20 million people have gained insurance since health care reform was signed into law in 2010, but in the six years since, a significant group of Americans remain uninsured.

Estimates vary, but as many as 29 million Americans ­– about one in 10 – lack coverage. Why is that?

One of the biggest factors is cost, which still hinders many Americans from purchasing insurance. It may seem obvious, but the data shows many of the uninsured can’t afford coverage, even after reforms were passed.

The vision of affordable health insurance for all Americans continues to be far from reality. The data journalists at HealthGrove examined numbers gathered from ACASignups.net to help shed some light on the matter.

ACASignups is curated by web developer Charles Gaba, who has collected health insurance data on Obamacare throughout the years. That data has been cited in numerous publications for his health-care-related investigation and analysis. Gaba supports the law, but his data have been used as talking points for media outlets on both sides of the political aisle.

The red bar above illustrates that about 10 percent of the country’s population is still uninsured.

Employer-sponsored coverage is the most popular way people get insurance. Next are those covered by Medicare, the federal insurance program that primarily serves Americans over 65 years old.

Medicare should not be confused with Medicaid, a program run by both federal and state governments that helps pay medical costs for people with limited incomes. People covered by this program make up the third-largest categorization.

So with about 87 percent getting covered by their employer, Medicare or Medicaid, and another four percent covered by the health care exchange or other means, who makes up the uninsured remainder?

This group is largely made up of three significant categories: people who haven’t signed up for insurance whether they qualify for tax credits or not, people who qualify for Medicaid but haven’t enrolled, as well as undocumented immigrants.

Health Insurance Eligibility Among the Uninsured in the United States | HealthGrove

Gaba described people in the first category this way. “Some don’t know they’re eligible for help,” he told HealthGrove. He added that others should be eligible but aren’t because of the “family glitch”– a loophole that occurs when families don’t receive financial assistance to help pay for marketplace insurance.

“For the rest, either the financial help is still not enough, or [insurance is] just too pricey without it,” he said.

About 4.7 million people in the uninsured group are in the U.S. illegally and do not qualify for Medicaid or for subsidies to help them purchase their own insurance. A bill has been put forward in California, seeking federal permission to allow undocumented immigrants to purchase insurance through a state exchange.

About 3 million of the uninsured are children who qualify for the Children’s Health Insurance Program – identified as CHIP in the visualization – but are not enrolled.

With their 2012 ruling, the U.S. Supreme Court made Medicaid expansion optional to states. To date, 31 states have chosen to expand, covering more low-income residents than previously would have qualified. But many states have not expanded coverage — including those with large numbers of uninsured citizens, like Texas and Florida.

Most of the South hasn’t expanded Medicaid, as a large swath of red on the map below shows.

Two states – Louisiana and Arkansas – stand out as notable exceptions in the Southern portion of the map.

That’s because Louisiana’s Gov. John Bel Edwards signed an executive order that would expand Medicaid in that state, the 31st to expand the program. The law would allow more than 300,000 people to have insurance, and state officials have said the move will save Louisiana $1 billion over the next decade.

At the end of April, Arkansas Gov. Asa Hutchinson vetoed a provision that would have ended Medicaid expansion for more than a quarter-million low-income residents at the end of the year.

Political will isn’t the only barrier for the uninsured.

Most people who lack health insurance say that costs are the main reason they don’t have it, according to a report commissioned by the Robert Wood Johnson Foundation.

The visualization below shows the states that have seen premium changes for plans on the Obamacare marketplace, detailing prices for the silver plan, which is used as the benchmark when calculating subsidies.

Looking back, there’s no doubt the passage of the health care law expanded coverage for millions of Americans. The large influx of people getting coverage for the first time may be leveling off, however, with smaller declines seen in recent years.

Without significant steps to increase enrollment or control costs, the remaining uninsured may stay that way until more changes take place.