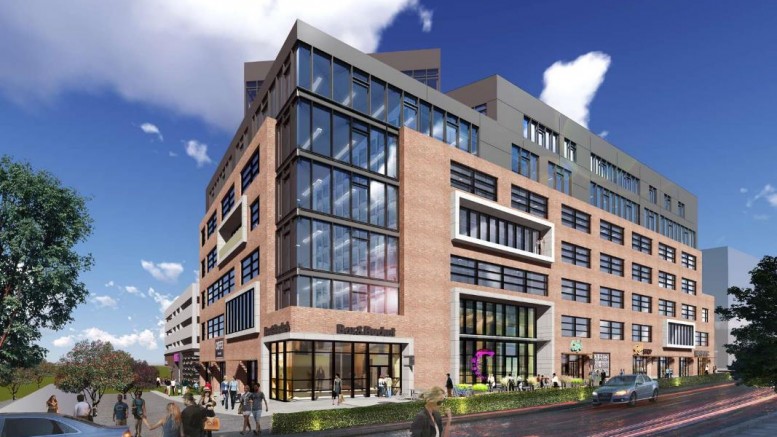 Catalyst HTI, a health-tech industry integrator being jointly developed by Koelbel and Company, health-tech entrepreneur Mike Biselli, and landowners the Burgess family, announced today the addition of three highly regarded healthcare entities to the development: Terumo BCT, University of Colorado Anschutz Medical Campus and the American Diabetes Association. Slated to open in Q1 2018 and located in Denver’s burgeoning River North district, Catalyst HTI will be the first concept of its kind in the country.

Unlike a traditional co-working space, accelerator or incubator, Catalyst HTI will be an industry integrator, bringing together a full spectrum of stakeholders in health-tech – from single-person startups to Fortune 500 organizations. The ultimate goal is to build a community where collaboration accelerates innovation within the healthcare industry.  Start-ups will gain access to potential clients and investors in established companies.  At the same time larger corporations can surround themselves with emerging technologies in an environment filled with entrepreneurs and growth companies.

“Denver has undergone a dramatic transformation since we began developing here in 1952,” said Buz Koelbel, President at Koelbel and Company. “We are at the confluence of an exciting time in both Denver and in healthcare innovation – an industry that thrives in our city.  We feel the timing is perfect to introduce Catalyst HTI and the industry integrator concept to the market. Given the response we are receiving from prospective tenants, the healthcare industry is obviously ready to embrace the concept as well.”

“We are proud to collaborate with Catalyst HTI to accelerate the digital solutions that are the future of improving patient health and reshaping the healthcare system into one that is more effective, efficient and affordable,” said Terumo BCT President and CEO David Perez. “This partnership allows Terumo BCT to extend its business to the downtown area and more rapidly introduce cutting-edge technologies into the global medical device market.”

University of Colorado Anschutz Medical Campus joined Catalyst HTI because of a shared vision to allow greater opportunities for thought leaders to discover new technologies, therapies and processes that will help transform the healthcare industry. CU believes that Catalyst HTI’s close proximity to the Anschutz Medical Campus, and in particular their CARE Innovation Center, via the new commuter rail line will serve to better link its academics, professors, clinicians, physicians and students to discovery, innovation and entrepreneurship.

“Over the past two years, Colorado has been ranked one of the top digital health clusters in the nation,” said Don Elliman, Chancellor of the University of Colorado Anschutz Medical Campus. “We believe that by connecting our nationally recognized academic research institution and hospital system with the health-tech startup and innovation community, we will be able to further solidify our position as a leader in answering the call to reimagine healthcare for our nation.”

According to the American Diabetes Association (ADA), approximately 86 million Americans are living with prediabetes and 1.4 million are diagnosed with diabetes every year.  To reverse current trends, the ADA recognizes the importance of collaborating with organizations to create impactful solutions, and this is why they chose to be a part of Catalyst HTI, where they will have the West Division and Mountain Region offices.

“Research on working spaces shows the power of proximity in fostering collaborative relationships and more effective problem solving,” said Sue Glass, Vice President at the American Diabetes Association. “Whether that be large health systems, technology firms, or an entrepreneur looking for the next big problem to tackle, the American Diabetes Association brings to Catalyst HTI credible expertise from our funded researchers and advocates to help guide solutions that will prove meaningful and sustainable.”

“The industry integrator concept has grown out of the long-held belief that it’s going to take all of us working together – from single-person startups to established organizations – to give this country the healthcare system it deserves,” said Mike Biselli, Co-Founder of Catalyst HTI. “We are currently inviting stakeholders of all kinds to join in our efforts to integrate the healthcare industry at the point of innovation, because we know that the stronger and more diverse our community of innovators grows, the closer it will bring us to fundamentally reimagining healthcare in America.”