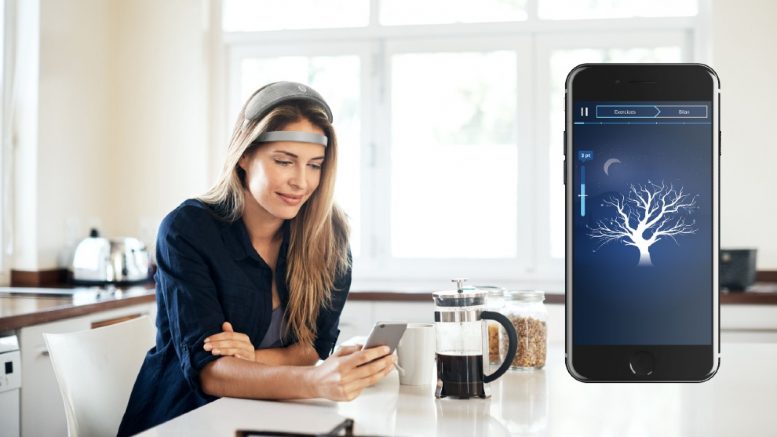 URGOTECH announced the release of encouraging results of a clinical study for URGOnight, the world’s first at-home daytime sleep training system based on neurofeedback technology. Conducted by the Research Institute Brainclinics, a research institute based in the Netherlands that specializes in advancing the understanding of the brain, the clinical study found that two-thirds of participants increased their nightly sleep duration by an average of 57 minutes and as much as two hours when using URGOnight. Pre-published in the Applied Psychophysiology and Biofeedback Journal, the study also found:

URGOnight is a guided and personalized brain training sleep system based on neurofeedback therapy. Designed to be used 20 minutes a day (one session), three times a week, its comprised of a wearable Electroencephalogram (EEG) headband and training app that help people naturally train the brain to produce and increase the brainwaves clinically associated with sleep. Until now, this type of technology, which uses real-time displays of brain activity, audio and visual cues, and reward strategies to teach people to identify and modify behavior, was only available in clinical settings by medical professionals.

Conducted from April 2019 to December 2020 by principal investigator Dr. Martijn Arns, Researcher Director and Founder of Research Institute Brainclinics, individuals who reported dissatisfaction with their sleep participated in the clinical trial. Participants used URGOnight at home five times a week for either eight weeks (40 sessions) or 12 weeks (60 sessions). They had weekly clinic check-in visits during their program and participated in a three or six-month follow-up appointment.

The study’s primary goal was to assess the effect of training with URGOnight on subjective sleep quality, which was evaluated by various questionnaires. The clinical study was also designed to retrieve preliminary “objective” sleep quality with actigraphy measurements and monitor the long-term effects of using URGOnight.

A user experience questionnaire issued at the end of each participant’s program found that 91.7 percent felt URGOnight was easy to use, and 83 percent understood what to do to succeed. Also, 91.7 percent said they were motivated to complete their program.

“Neurofeedback technology is one that we have investigated in great detail over the last two decades at Research Institute Brainclinics, inspired by the works of Barry Sterman,” said Dr. Arns. “We have also applied this technology at our clinics and found that the clearest effects are usually that patients fall asleep faster and have more restful sleep. The first results of our URGOnight study were very encouraging.”

“A good night’s sleep is critical for overall health and wellbeing, yet so many individuals suffer from restless nights and sleep issues. URGOnight brings the benefits of neurofeedback training, generally only found in a clinical setting, into the home, helping to provide a natural and drug-free way for people to make lasting improvements to their nightly rest,” said Guirec Le Lous, founder of URGOTECH. “We are proud to see that the results of the clinical study both validate URGOnight’s effectiveness as well as show participants found the technology simple to use and gained more sleep each night.”

The findings of Dr. Arns’ study is further evidence of the effectiveness of the URGOnight sleep training system, which leverages neurofeedback technology that has been clinically proven to help people to fall asleep 40% faster[1] and cut nighttime interruptions by half[2]. The URGOnight brain training sleep system is being further assessed in multiple ongoing studies including a 50-patient trial in France that is starting this month to measure its effectiveness through polysomnography.

The full study is published in the Applied Psychophysiology and Biofeedback Journal and can be seen here. For more information on URGOnight, please visit www.urgonight.com.