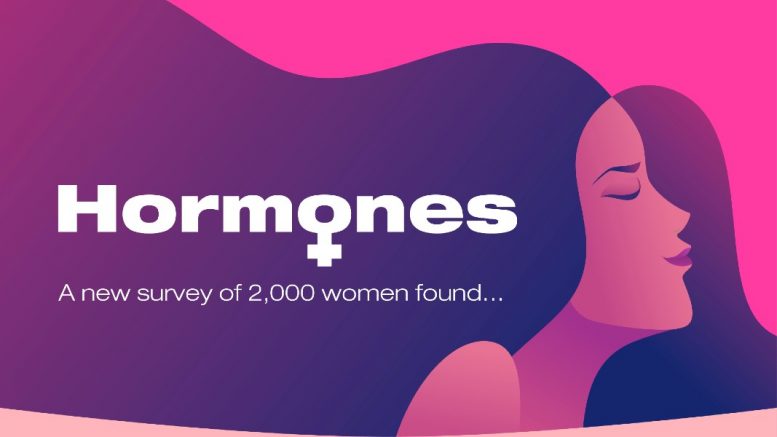 Almost three in five (58%) women have even taken off from work because of how bad their menstruation symptoms felt, according to new research.

Over half of women who get their periods (57%) feel like no one takes their pain seriously.

A survey asked 2,000 American women about the level of support they receive while menstruating, and 44 percent feel that they are not even taken seriously by their primary care doctor.

As a result of this, 40 percent of women say they have not confided in their primary care doctor about their overall health concerns.

Not only that, nearly a third of women (32%) are used to hearing “take a painkiller and you’ll be fine,”

Three in ten have had their menstrual pain minimized by others with phrases like “the pain can’t be that bad” (29%) or “you’re being dramatic” (26%).

Other participants have been told that they’d feel better if they just exercised while on their period, drank tea (25%) and went to sleep (21%).

Conducted by OnePoll on behalf of INTIMINA, the survey also found that more than four in ten (44%) don’t feel comfortable talking to anyone in their life about their period, and one in ten (11%) don’t like talking about their time-of-the-month at all.

Still, women are all for normalizing talking about menstruation (64%) and most (61%) even support the idea of getting time off from work every month.

Menstrual symptoms like cramps and headaches have been so painful it’s brought 42 percent to tears (42%), had trouble sleeping (39%) or thrown up (25%).

One in four (25%) have vomited from the discomfort while 39 percent reported their symptoms prevent them from sleeping.

Danela Zagar, INTIMINA Global Brand Manager said, ““It is a well known fact that menstruation comes with different symptoms which can vary from woman to woman – some are experiencing light periods without feeling any of the typical side effects, and on the other hand, there are women who, because of their symptoms, might even seek medical help. Women are often too embarrassed to speak about the problems they are experiencing which leads us to the defeating statistics we can also see in this survey. This is why we want to help women by encouraging them to speak openly about everything they are going through, which can only bring positive changes – personally and professionally speaking.”

Half of women (52%) have had a bad experience asking or receiving advice or help from someone else, leaving 46 percent feeling lost or alone when a potential health concern arises.

The lack of trust regarding others’ advice has led some women to try to figure out what’s going on with their bodies themselves.

Overall, three in five women prefer to deal with health-related concerns on their own instead of asking for advice or help.

Although most women experience period symptoms, they aren’t able to recognize the hormones that trigger the pain they feel during menstruation: luteinizing and follicle-stimulating hormones (16%, each), estrogen (32%) and progesterone (19%).

Twenty-four percent of women outright admitted that they didn’t know any of the hormones related to menstruation and 35 percent didn’t know that female bodies also produce testosterone.

Instead, they most commonly blame a poor sleep schedule (39%) or a lack of exercise (38%).

Zagar added, “Every month, women around the world go through something which can best be described as an emotional and physical roller coaster. The hormone cycle makes a big contribution to our mood swings – it has its ups and downs, twists and turns, but thankfully, the levels of our hormones follow a predictable pattern so women can easily educate and never be caught off guard.”

Poll conducted by OnePoll on behalf of Intimina.