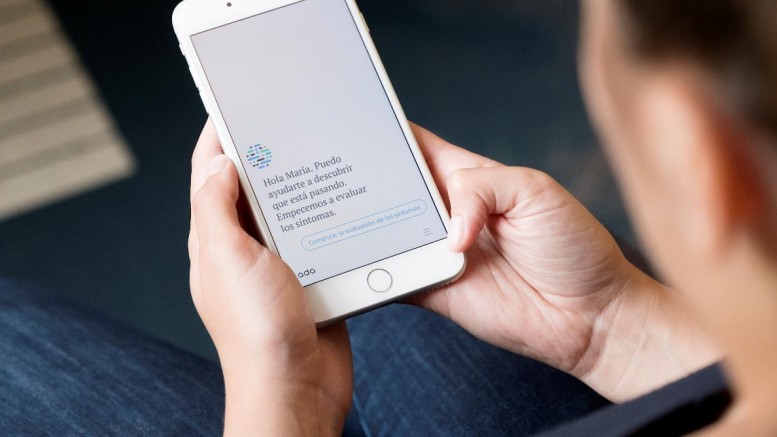 With over six million user assessments completed worldwide, Ada continues to expand the reach of its health assessment tool with Spanish and Portuguese language offerings

In the United States, the Latino community makes up nearly 18% of the population. Within that subset, there are 50 million Spanish speakers, nearly 17 million of which speak English less than “very well” according to the United States Census Bureau. Despite this prevalence, Latinos’ access to healthcare and health insurance remains extremely limited.

In fact, Latinos are the racial and ethnic group least likely to visit the doctor — despite an overwhelming prevalence of chronic conditions like diabetes —  for reasons including language barriers, lack of insurance, and stark cultural differences between doctors and patients.

The Latino community, when compared to white and black communities in the US, is more likely to rely on their smartphones for health information and other activities. That is why Ada’s free, app-based medical health assessment service for Spanish language speakers is the perfect fit to reach this demographic.

Users can check their symptoms by answering simple, personalized questions about their health. The app then builds and stores an overview of users’ health (i.e., allergies, medications, symptoms) – secure, up to date, and accessible from any smartphone.

Clinically validated and developed by a team of over 100 doctors, scientists and engineers, Ada generates actionable insights that analyze a user’s symptoms and then provide the user with next steps: possible causes for their symptoms, home remedies, whether or not they need to see a doctor, and more. Using these insights, users can benefit from more efficient, productive visits to the doctor; patients with minor, non-urgent health issues may be able to avoid visits to the doctor entirely.

“After working in clinical practice for over 10 years, I saw the need for a tool that would empower patients to better understand their health and we’re proud to provide access to our health guide app to millions of additional users through the devices they already own, for free,” remarked Claire Novorol, MD, co-founder and Chief Medical Officer of Ada. “As nearly 65 million US citizens reside in federally-designated health professional shortage areas (HPSA’s), it’s ever more critical to develop mobile solutions that integrate into the physician’s workflow and have the end user’s behavior in mind.”

Ada also recently announced its shareable assessments feature, wherein a user can send their detailed health report to the doctor as a PDF. When the patient arrives at the appointment, the doctor is already well-informed about the patient’s symptoms and history, and can spend more time on communicating care, prevention, and outcomes. The shareable assessments feature is now available in Spanish and Portuguese as well.

Since launching in 2016, Ada has quickly become one of the fastest growing health apps worldwide with over 4 million app downloads, including in rural, underserved regions in India and Africa.

Starting today, Ada’s app is available in both Spanish and Portuguese in the App Store and the Google Play Store.