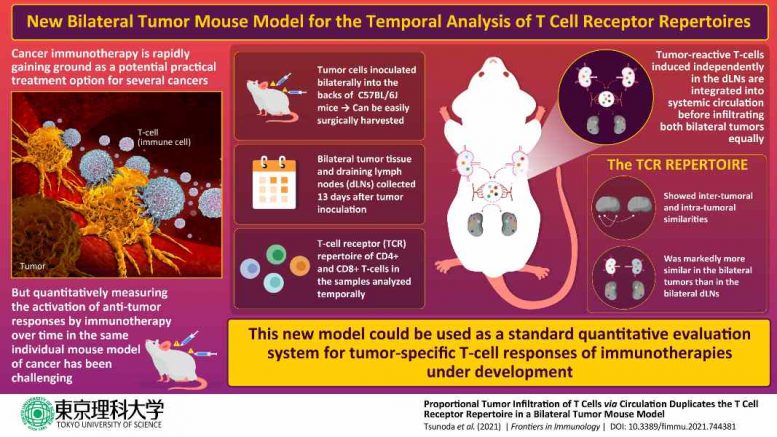 T-cell receptors (TCRs), found on the surface of antigen specific T-lymphocytes, are incredibly diverse proteins that are programmed to recognize foreign bodies or “antigens,” and alert T-cells about their presence in our body. Immunological check points generally keep lymphocytes in an “off” state, so that they don’t attack our own cells. However, if T-cells encounter a foreign body, they “switch on” to identify and destroy it. Sometimes, cancer cells may be able to camouflage themselves to breeze past our check points, thereby avoiding identification and destruction. Immunological check point inhibitors (ICIs) were developed as a solution to this problem. These drugs block our immune check points, allowing T-cells to effectively identify and phagocytose (“eat up” and destroy) cancer cells.
In theory, ICI immune therapy can be effective in enhancing our T-cells’ anti-cancer activity. However, in practice, it exhibits low response rates and severe immune-related side effects in some patients. Hence, identifying which tumors are responsive to ICI therapy is important, and this can be done with a global analysis of receptor sequences, known as the TCR repertoire analysis, which can help predict anti-tumor T-cell responses. The only roadblock to this? Conventional TCR repertoire analysis requires repeated sampling of blood and tumor tissue from patients and experimental mice, which poses ethical problems for patients and invasive problems for mice.
Therefore, a team of scientists from Japan, led by Associate Professor Satoshi Ueha from Tokyo University of Science, tried to make the TCR repertoire analysis in mice feasible. In their new study, which was published online in Frontiers in Immunology on 25th October 2021, the team demonstrated that an bilateral tumor model can be used to examine the TCR repertoire, using one side of the tumor as a biopsy sample. The team also included Professor Kouji Matsushima and Mr. Mikiya Tsunoda from Tokyo University of Science, and Mr. Hiroyasu Aoki from The University of Tokyo.

Using samples from 8-week-old mice with induced bilateral tumors on the left and right sides of their bodies, the scientists isolated the tumors and draining lymph nodes (dLNs) and examined their T-cell population and repertoire, using techniques such as cell sorting and “next-generation sequencing.” They were amazed to find that the T-cell profiles of both tumors (left and right) were almost identical, with strikingly similar T-cell clonal abundance (the proportions of different subtypes of T-cells) and repertoire, which indicate a similar anti-tumor response in a single mouse. “This proves that the T cell responses on one side reflects those on the other side in our bilateral tumor model”, Dr. Ueha mentions, motivated by the findings.

Also noteworthy is the fact that the T-cell repertoires of separate mice differed dramatically, and the variance between two tumors and within a single tumor was identical. Dr. Ueha and his colleagues speculated that the T-cells from the dLNs infiltrate both tumors after their distribution via blood circulation. “This was important to investigate since the anticancer immune responses in clinical studies are studied longitudinally using biopsies from the same tumor, but our model uses two different tumors”, Prof. Matsushima explains.

To test their hypothesis, the team examined the T-cell population in the two dLNs and their corresponding tumors, each on the left and right side, and found that the overlaps between dLNs and the tumor were seemingly high, but that between two dLNs was poor. “In clinical practice, cancers often invade or metastasize to multiple sites, and our results suggest that even independent tumors may have similar immune responses occurring at the tumor site,” Dr. Ueha suggests.

When asked about their future research plans, Dr. Ueha says, “We have plans to combine the single-cell TCR repertoire analysis and bilateral tumor model to understand the fate and immunological significance of T-cells with various tumor-reactivity in response to cancer immunotherapy. Our model would be applicable to other tumor models since the conserved TCR repertoire appears to be based on a mechanism that is conserved across individuals and species.

The group assumes that TCRs, like unique barcodes, can be read by high-throughput sequencing to develop “biomarkers” for tumor-specific immune responses, and optimize ICI-based immunotherapy. “The TCR repertoire analysis using our bilateral mouse model is expected to contribute to the development of new cancer immunotherapies for quantitative analysis of tumor-specific T cell responses,” Dr. Ueha concludes.