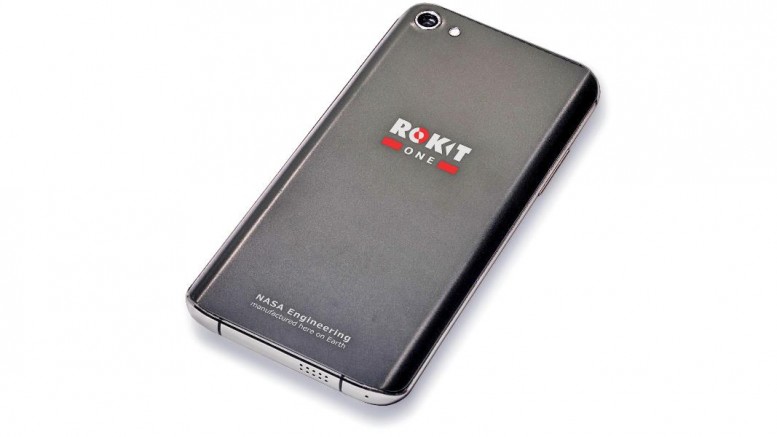 The alliance between ROK and Human Health Organization™, or H2O, will expand the reach of ROK’s unique mobile services to a global audience via next generation smartphones, focused on using patented NASA technology to improve the well-being of cellular users.

The ROKiT 1 will be the world’s first low radiation smartphone with plans to utilize a NASA developed electromagnetic radiation shielding material originally developed for space applications.  The intent is to minimize potentially dangerous radiation exposure that recent studies indicate may cause harmful lasting effects.

The joint venture will leverage the service which ROK Mobile offers their subscribers including $100,000 in accidental death coverage, $20,000 in burial insurance, roadside assistance and telemedicine for staying on ROK Mobile plans that come with talk, text, 4G LTE data as well as ROK Music, a proprietary music streaming mobile app with over 20 million tracks. ROK will make the ROKiT 1 available nationwide across its 15,000 retail-location network.

H2O has licensed NASA patented technologies to be included in the launch of the ROKiT Series, a revolutionary new smartphone eco-system that will redefine the mobile experience.  ROK and H2O have determined that together they could best utilize NASA’s technologies to pave the way to truly impact the greatest number of cellular consumers.

“We are entering the convergence of devices, services, and big data.  Now we can finally protect and connect,” said Jonathan Kendrick, ROK Co-Founder. “Networked together, these technologies can effortlessly manage our health, communication, transportation, entertainment, and recreation, everyone should have access to this resource.”

H2O launched the first shuttle based smartphone in 2015.  Billed as the “phone you can smoke”, it was specifically designed to enable telemedicine and curtail the ever growing harmful effects of tobacco.

“The moment I met with the ROK founders, they got it,” said John D. Cameron Founder of H2O.  Cameron continued, “Jonathan Kendrick understood instantly, and now only a year later our products will read ‘NASA Engineering, Manufactured here on Earth’.  It is an honor and a privilege to be working with the Agency that took us to the Moon, and to help show that they are also taking care of us here on Earth.”