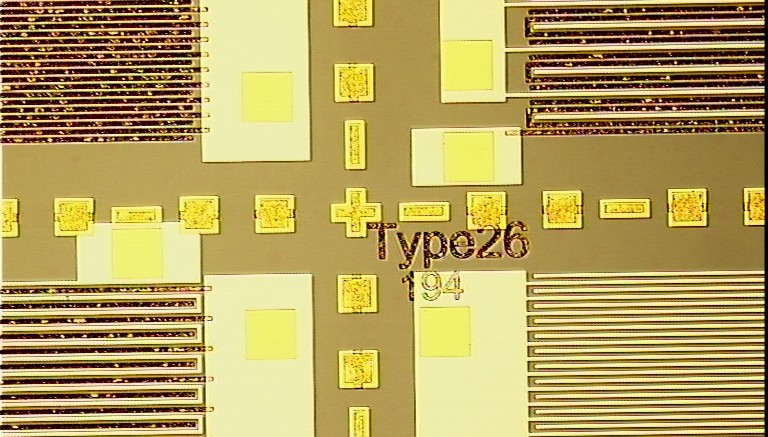 The Ram Group has launched an end-to-end platform consisting of quantum sensor technology, R&D labs and global production facilities bringing quantum sensing from a dream of the future to the present reality. Following 8 years of development perfecting quantum sensing technology, the Ram Group is making the post-silicon era solution available to any enterprise aiming to bring advanced diagnostics capabilities to the healthcare industry or any IoT innovation across sectors.

Silicon-based sensors currently tell us “what” regarding physical phenomenon. Quantum sensors are the sensors of “Why” and can analyze exponentially deeper analytics. Ram’s sensing platform utilizes GaN (Gallium Nitride) in addition to a set of proprietary materials that create a sensor over one million times more sensitive in signal-to-noise ratio than anything currently in the market, enabling use cases ranging from telehealth for minimally invasive diagnostics and novel wearable devices, to a new range of physical phenomenon sensing IoT devices with powerful data assets. For example, their Home Health sensors include a Single Point Monitoring sensor that tracks continuous blood pressure, EKG with a novel signal, atrial and ventricular pressures, heart rate variability, and temperature without using electrodes and also includes a Smart Urinalysis application that can analyze nutrition, metabolics and allergies, for example. The introduction of the quantum hardware will enable more robust machine learning and artificial intelligence by providing a range and depth of data previously inaccessible.

The Ram Group’s sensors can be produced at one tenth the cost of silicon-based chips allowing global development at scale, with the ability to not only detect the smallest quantum particles but also analyze multiple aspects about these particles interactions, providing one sensor that can do the work of several and allowing detection at much lower densities/frequencies. Given the range of use cases and capabilities, the Ram Group will be opening their worldwide research labs and production facilities to allow manufacturers the ability to have a full solution for the creation, development and production of new quantum sensing devices and wearables.

“Quantum sensors such as Ram Group’s have the potential to transform entire industries across healthcare, oil and gas, industry, defense, communications and aerospace. Novel data economies as well as basic scientific insights in physics that will drive further innovations are possible due to Ram Group’s sensors. The impact over the next decade will save lives as well as transform our economy.”

The Ram Group’s production facilities, located in Germany, will allow custom tailored manufacturing of any sensor/sensing capability with facility expansion set for Singapore and Houston, Texas. The facilities can already enable the production of 200,000 sensors per day via an atomic engineering process and machinery. Increased production capabilities are planned. The result is the ability of any enterprise to enter the era of quantum sensing from a commercial stand point giving the ability to detect multiple variations of chemical-physical phenomena from one sensor. Ram is exploring their own capabilities across digital health to accomplish novel diagnostics solutions at the point of care with inexpensive smart devices, or wearables for single point monitoring and data analysis.