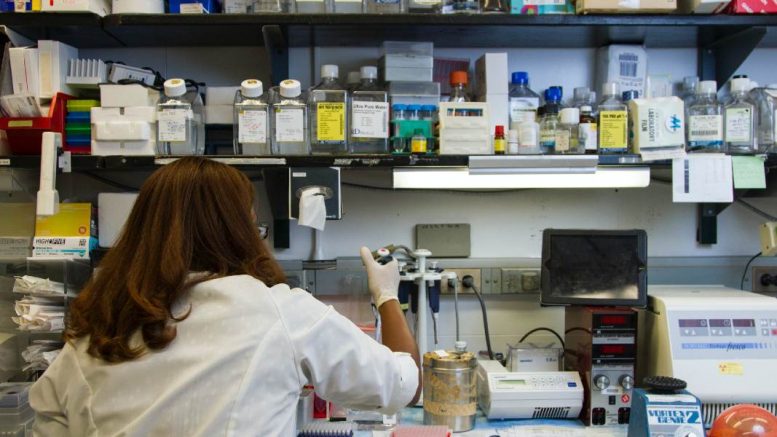 An interview between Healthline and former FDA panel member.

Dr. Aaron S. Kesselheim, MPH, began advising the Food and Drug Administration (FDA) in 2015, and then joined one of its advisory panels as a permanent member in 2019.

At that time, he was ready to use the skills he’d acquired in a successful medical career to help guide the agency he much respected.

But then, the FDA approved a drug called aducanumab (Aduhelm) to treat Alzheimer’s disease despite the advisory committee’s almost unanimous recommendation against that, which was based on a lack of evidence of success in treatment.

Kesselheim was concerned enough about the approval to resign from his important post. Since that resignation, Kesselheim has drawn public praise and written a New York Times opinion column on the topic.

It appears his and two other panel member’s departure was a factor in the decision by two House committees to hold hearings on the approval of Aduhelm.

Healthline sat down with Kesselheim earlier this week to talk about that decision, the FDA, and how he feels it could better serve the public.

Tell me about becoming an FDA adviser in 2015 and an advisory board member in 2019. Was it exciting for you? Did it make you feel like you could make a difference?

Kesselheim: “Yes, sure. A lot of the research I do relates to FDA decision making and its impacts on drug availability. I had met and collaborated with a lot of the FDA scientists before, so it wasn’t my first interaction with the FDA.”

“Back in 2015, they invited me to join the FDA Peripheral and Central Nervous System Advisory Committee. I was aware of the important role they play, and I was really honored to be asked. Then in 2019, I was asked to be a permanent member, and my role was to go until 2023.”

“But yes, I think being asked is a nice honor. Advisory committees are supposed to have an important role in helping work through some of the more controversial decisions and products that the FDA deals with. So, yes, I was psyched.”

In those years, did you begin to have any concerns with the process or decision making right away? Did they evolve over time, or was there a sudden shift?

Kesselheim: “I don’t know that it was a sudden shift. I was on one advisory committee that seemed to operate like normal, where there was a difficult decision around a muscular dystrophy (MD) drug (drisapersen). The FDA turned down the drug, and it seemed to operate the way the FDA should operate.”

“The first time I had a concern was back in 2016 with a different MD drug (eteplirsen or Exondys 51) where the issues were about whether or not the drug worked. The advisory committee was, I thought, very clear that there was no good evidence that the substitute measure would have any ability to affect outcomes because of the very, very small amount of change in the outcomes. The majority of the advisory committee members ended up voting against it.”

“Ultimately, that drug was approved. It turned out that the FDA recommended the drug not be approved, consistent with the advisory committee.”

“But the senior FDA staff reversed the FDA decision and approved the drug. It seemed like that decision was made based on considerations that really should not be a part of the approval process. That was a very disappointing episode for me. But I stayed on and became a permanent member.”

“Then, when aducanumab (Aduhelm) was approved, that was just another episode that made it clear to me that the advisory committee process wasn’t operating like I thought it would. That’s what led me to resign.”

Why should we have an FDA that we trust? Why is it important?

Kesselheim: “The FDA is the premier health agency in the country and possibly the world. It touches about a quarter of the economy. Some of the most important health-related decisions and products go through there.”

“We have the FDA to provide certification that the products people use and put in their bodies are safe, and we have evidence that they work. As patients and physicians, we depend on the FDA operating to uphold science to the fullest extent possible to provide that certification.”

“I think if there is no trust in the FDA, then there are a lot of problems that can arise. A lack of trust would lead people not to take medicine or a vaccine, such as the COVID-19 vaccine, that they should take. And, it may lead them to take products that they should not take because they’re listening to entrepreneurs and other snake oil salespeople instead of listening to the FDA.”

“Given how much power the FDA has by virtue of all the aspects of the healthcare system that it oversees, I think that having trust in the FDA — that they are making scientifically based and reasonable decisions — is extremely important for the proper functioning of our healthcare system.”

Moving to Aduhelm, it is said that public input and testimony may have been what swayed the decision away from the recommendation you were part of making (to not approve the drug). Is this true?

Kesselheim: “So, look, I think it is unquestionable that we need better treatments for Alzheimer’s disease. There have been billions and billions of dollars through the [National Institutes of Health] and private funds that have been invested in trying to find those treatments over the past 20 years.”

“So, I think there is a lot of demand for products, and a lot of public outcry on that front. Totally appropriate. There is a legitimate medical need. Unfortunately, in the case of [Aduhelm], I don’t think the science is there right now. There is no good evidence that the drug works.”

“It’s hard for me to say what caused the decision because I’m just a member of the advisory committee and not a part of the [final] FDA decision making apparatus. I think the best thing they should do is provide certification and approval of drugs that work. They shouldn’t provide certification for drugs because they perceive an outcry for them.”

“The outcry is reasonable, but patients don’t want just any drug, they want a drug they can take with the faith that it will work. And, at least right now, aducanumab (Aduhelm) does not provide that.”

Since it is part of the process to allow it, how should public testimony and input play a role in an FDA decision?

Kesselheim: “I think there is a very important role patient and public testimony and input can play in drug approval and development, and I think that already happens.”

“There are also a lot of ways for the public to actually get involved in the FDA decision making here. There are meetings the FDA has with patients to learn about patient priorities. There are ways for people to volunteer for the clinical trials that lead up to FDA approval, where patients can share how they are feeling using the drug.”

“Patient views and experiences are already integrated into the FDA decision making. It’s an important part, and it’s already being done. That way is totally appropriate.”

Your decision to resign had to come with a lot of thought and perhaps some pain. What was the final thing that led you to that decision, and what did it feel like to feel you had to step away?

“So, I wanted to bring people’s attention to this really problematic decision to shine a light on the process and say that I think this advisory process needs to be reformed so that the independent members of advisory committees can provide the most useful insights possible.”

Have you had any kind of positive response to your resignation or shift you see that perhaps shows that those in that decision making process are listening to this? I know you’ve had a large public response. But have you had any feedback from within the FDA? Do you feel like it’s making a difference yet?

Kesselheim: “I hope it is. You know, it’s not something that can be changed on a dime. Hopefully, this will begin the process of reform and we’ll see more effective use of advisory committees in the future.”

“I have been gratified by the public response to the step that I took because I feel like it has led others to also raise questions about the FDA decision in this case and the FDA decision making process going forward.”

“It has brought good attention to this issue, and now I see they’ve announced a congressional hearing on the topic, which I think is a really good idea. The more light we can shine on this problematic decision and try to understand both the ramifications of this decision and how to improve the process that led to this decision, I think that would be the best thing to happen.”

Going forward, would you ever return to the FDA, and what needs to happen to make you feel comfortable returning?

“In terms of serving on an advisory committee, I’d want to know more about how they set up the ad comm, how they decide what kind of questions are going to be asked, how they use the information.”

“I think there are ways the ad comm can be designed so that it is a more integral part of the process.”

“When changes are made in that direction — where we can feel confident that as advisory committee members, our individual voices are making a difference — then I’d be happy to be a part of that process again.”