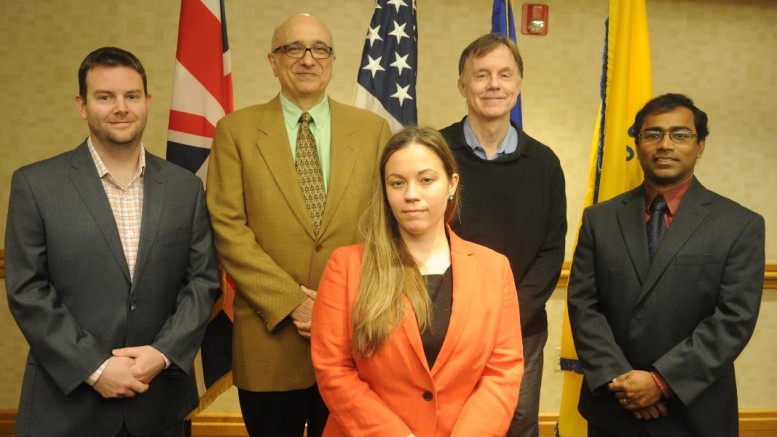 Finalists receive $80,000 each to develop products to overcome hurdles in big data access and usage

Six teams have been selected to advance their product ideas into prototypes to compete for $230,000 in the Open Science Prize, a global science competition to make both the outputs from science and the research process broadly accessible to the public. The finalists, announced at the 7th Health Datapalooza Conference in Washington, D.C., were selected out of 96 multinational, interdisciplinary teams representing 450 innovators from 45 countries. These are the first finalists for this recently launched global prize competition, a collaboration between the National Institutes of Health and the U.K.-based Wellcome Trust with additional funding provided by the Howard Hughes Medical Institute of Chevy Chase, Maryland.

Final prototypes will be submitted on Dec. 1, 2016, and will be demonstrated at an Open Science Prize Showcase to be held in early December 2016. The public will also be invited to consider and vote online for their favorite prototype. The ultimate Open Science Prize winner is expected to be announced in late February or early March 2017.

“The six finalists highlighted through the Open Science Prize competition demonstrate some of the exciting ways in which publically available information can be used to advance biomedical science and health care,” said Philip Bourne, Ph.D., associate director for data science at NIH. “These innovations illustrate how new knowledge can be derived from existing data sources to advance our understanding of issues such as clinical trials, environmental exposures and neuroscience.”

The volume of digital information generated by biomedical research, often referred to as big data, is growing at a rapidly increasing pace. Researchers’ ability to derive knowledge from data is hindered by their ability to find, access, and use it. The goal of the Open Science Prize is to support the development and prototyping of services, tools, and platforms to overcome these hurdles to ensure data can be used to advance discovery and spur innovation.

“Open science, by its very nature, transcends borders,” said Clare Matterson, director of strategy at the Wellcome Trust. “We’re supporting these six international teams of innovators so that they can demonstrate the exciting potential of open science both to advance discovery and, through the application of research, to improve health across the world.”

The submissions were evaluated based upon the following six criteria:

A panel of expert advisors representing leading thinkers in the open science movement provided input to the organizers of the Open Science Prize as part of the judging process.

OpenAQ:  A Global Community Building the First Open, Real-Time Air Quality Data Hub for the World – Providing real-time information on poor air quality by combining data from across the globe.

A complete description of the competition, including descriptions of the finalist teams and their innovations can be found at: https://www.openscienceprize.org/. Learn more at Health Datapalooza by visiting us at the HHS Idea Lab Booth #1.

The Open Science Prize is made possible through a collaboration between NIH and the Wellcome Trust. The Howard Hughes Medical Institute is also contributing funds to Wellcome Trust for the effort. The NIH effort is part of the Big Data to Knowledge (BD2K) Initiative, launched in December 2013 as a trans-NIH program with funding from all 27 institutes and centers as well as the NIH Common Fund.