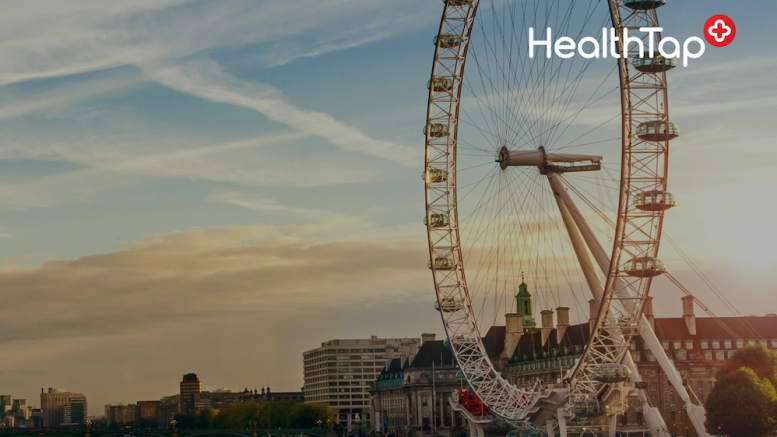 HealthTap, the world’s first Global Health Practice providing 24/7 immediate access to top doctors and their knowledge via video, text, or voice, unveiled HealthTap UK, LTD, a new London-based company representing the next step in HealthTap’s global expansion of its operations. HealthTap UK announced new apps and websites for British doctors and patients to supplement and complement the care already provided to citizens by the United Kingdom’s National Health Service (NHS).

Users can access HealthTap UK through dedicated local apps and a special website. These apps and website leverage HealthTap’s proprietary medical ontology to customize the content of the world’s largest and most trusted library of doctor knowledge to people throughout England, Scotland, and Wales. HealthTap has updated its software and algorithms to enable health questions from people across the United Kingdom to receive prompt answers from top doctors. Additionally, U.K.-licensed doctors are now invited to apply and join the HealthTap Medical Expert network, which currently spans more than 105,000 accredited doctors across 141 specialties. British doctors can now also benefit from access to the world’s first Health Operating System, HealthTap HOPES™, and deliver Virtual Care to their patients at their convenience from any mobile device or personal computer. HealthTap can now better serve its U.K. users with local best practices that address differences in culture and terminology between the United States and the United Kingdom.

“Having served more than 4.8 billion answers by U.S. doctors to users in 174 countries, we’re very excited to be able to bring the experience and expertise of top UK doctors to patients everywhere,” says Dr. Raj Goyal, a former NHS doctor and the newly appointed Director of HealthTap UK, LTD. “Starting today, patients everywhere in the United Kingdom can get answers from our network of top doctors, now fortified with U.K. licensed doctors in good standing with the General Medical Counsel. Via HOPES, our proprietary Health Operating System, our users in the United Kingdom will now have access to our extensive library of trusted doctor knowledge — localized to the UK, as well as to a secure personal health record, and a set of effective engagement tools including checklists and tips. Now UK residents can join millions everywhere managing their health and wellbeing, from query-to-cure.”

HealthTap UK, LTD is based at Kemp House, 160 City Road in London, and is now hiring for local engineers, designers, and product managers, as well as implementation and customer success specialists, and a variety of other business roles.

“Over the last few years, even before the official HealthTap UK launch, the number of British doctors who have expressed an interest to join the HealthTap Medical Expert Network has been impressive and inspiring,” said Ron Gutman, HealthTap Founder and CEO. “As a leading global source for medical knowledge and immediate access to medical experts, we’re thrilled to partner with top local doctors, as well as with health-care systems, providers, and payers, just as we successfully did in New Zealand earlier this year. We’re looking forward to working with these top doctors and other U.K.-based partners to bring faster, higher-quality, and compassionate care to British people everywhere.”