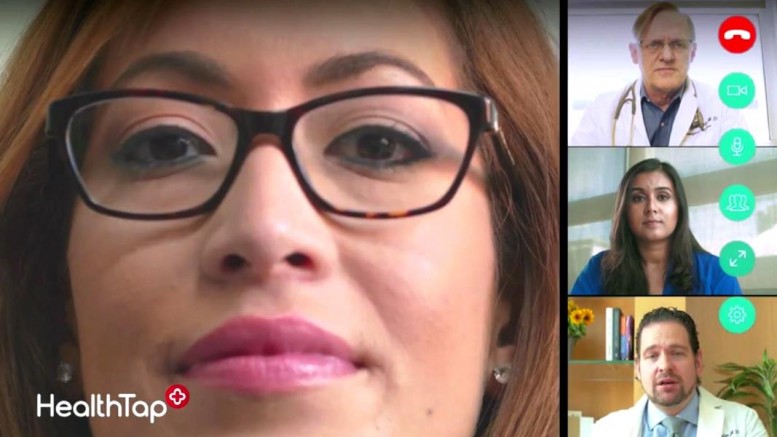 HealthTap, the world’s first Global Health Practice providing 24/7 immediate access to top doctors via video, text, or voice, announced today a first of its kind global translation program that enables volunteers around the world to help democratize health information, save lives and serve billions everywhere by localizing the world’s largest body of doctor insights to all languages worldwide.

Under doctor supervision, oversight, and validation, HealthTap launched a special portal allowing volunteers to help translate the world’s largest online library of doctor knowledge currently available in English. Over the past 6 years HealthTap has served more than 4.8 billion answers and tips created and peer reviewed by top U.S. doctors. This content is currently available in English to HealthTap users in 174 countries. With this new global translation initiative, HealthTap is making this trove of wisdom and insights available to people at their own languages. With the supervision of top doctors speaking more than 100 languages, anyone can now help bring this knowledge to even more patients and doctors throughout the world.

“I started HealthTap with a conviction that healthcare is a fundamental human right and I’ve been truly inspired by the many thousands of people who have approached us over the years and volunteered to help us translate the world’s largest library of doctors knowledge that we’ve built with some of the best doctors in the world. Translating the HealthTap library to all languages is yet another great example of how we lead healthcare into new frontiers by opening up affordable access to top doctors for billions of people around the world,” said Ron Gutman, founder and CEO of HealthTap. “By sharing and disseminating the knowledge of the trusted doctors on HealthTap throughout the world we’ve made a quantum leap towards fulfilling our vision and mission to provide everyone everywhere with immediate, affordable, access to high quality healthcare.”

To date, HealthTap has received more than 24,000 notes expressing thanks for the service saving lives; in an effort to do even more to advance healthcare globally, individuals with foreign language skills are being encouraged to participate in this revolutionary effort and help billions of people around the world live healthier happier lives. People everywhere are invited to become a qualified translator at www.healthtap.com/translate.

To supervise the translation process, and validate the medical accuracy of the translation before publication, HealthTap’s Medical Expert Network is now open to applications from doctors outside of the U.S. For the very first time, doctors from all over the world are invited to apply to HealthTap’s network of more than 103,000 doctors. Doctors accepted to the network will be able to communicate and share records with other doctors privately and securely, take advantage of HealthTap’s Continuing Medical Education opportunities, help each other provide quality care via Group Virtual Consults, Online Curbside Consults, as well as Global Rounds and, discuss use cases to improve the quality of care worldwide.

The localization process began months ago with advanced machine translation, which replicated HealthTap’s vast library in a broad range of target languages. With this new translation initiative, this content will be reviewed by carefully selected volunteers, fluent in other languages for grammar and spelling. After this review phase, a quality check will be performed by the licensed accredited doctors in the HealthTap Medical Expert Network, who collectively speak more than 100 languages (in addition to English), and who will endorse and approve only content that’s high quality and medically accurate.

Become a translator and make an immediate impact: www.healthtap.com/translate