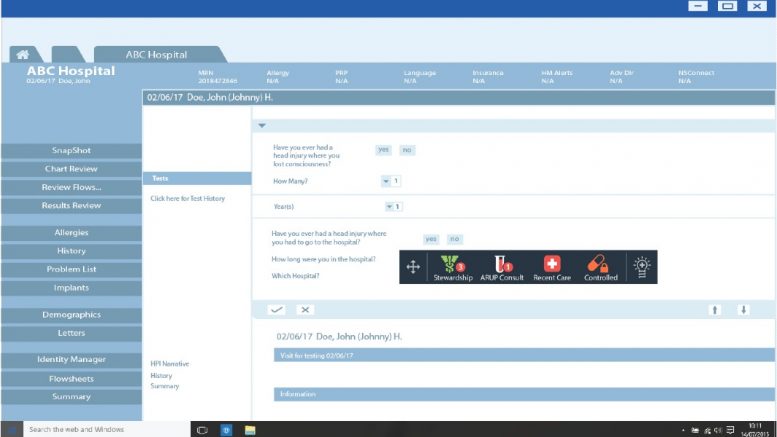 Not All Hospitalist Groups Are Created Equal

From the first use of the term “hospitalist” in a 1996 NEJM article, the field has grown to more than 60,000 physicians who practice hospital medicine today. It could be the fastest growing specialty in the history of medicine. The alignment of physicians who practice hospital medicine has also seen a rapid evolution – from single providers being employed directly by a hospital to large national groups.

As hospitals routinely face the choice of whether to outsource, insource or otherwise modify their hospital medicine arrangement, it would be good to objectively measure the quality and cost of care provided by hospitalists and how one hospitalist group compares to another.

Comparing groups of hospitalists poses several challenges. First, not all providers who practice hospital internal medicine are labeled as a “hospitalist” in the data. Second, a hospitalist is hardly ever the only provider involved in the care of an inpatient. Third, any one patient may be cared for by multiple hospitalists or other advanced practitioners who are aligned with that hospitalist group (and, in some patients, there is overlap in the groups). Fourth, patient populations are heterogenous.

IllumiCare is uniquely able to capture real-time insights on physician controlled expenses and patient acuity. With this data, we are able to derive key metrics on physician efficiency and cost behavior by assigning the wholesale cost (not charge) to every medication, laboratory, and radiology order. We are able to risk-adjust inpatient acuity, assign orders to a respective hospitalist group, understand the propensity to consult specialists and compare the quality and cost of various hospitalist groups operating in the same health system.

We assigned patients to a group based on the group affiliation of the attending provider in the subject admission. We then compared the average length of stay (LOS) of patients assigned to each group against the CMS geometric mean length of stay (GMLOS) for the patient population of each group. We then calculated the percentage of patients who were discharged from inpatient status and who were readmitted to an inpatient status with 30 days (a “readmission”).

We know from prior research that over-consulting drives excess cost and length of stay. If we look at the average spending of hospitalists, we must also consider whether each frequently consults specialists (which might offload some of the allocated costs from the hospitalist to the specialists). Thus, we analyzed the average number of non-hospitalists who wrote a med/lab/rad order on the patient assigned to that group (a “consult”).

There are a number of positives for Group A (the national group) in this analysis. While their patients’ average length of stay exceeded the expected GMLOS, among the three provider groups theirs was the closest to the GMLOS. Despite performing the best on LOS, Group A also had the lowest readmission rate. These are signs of clinical quality and efficiency.

Group A also had the lowest consult rate, thereby directly managing a greater percentage of utilization than the other groups. This effect is apparent in Figure 4. In the solid lines at the bottom, Group A appears to be the highest cost group (based only on hospitalist orders). But, when the specialist costs are added, Group A’s patients fare pretty well.

Group A could significantly improve its performance on cost per admission by improving its Sepsis care. Figure 5 shows specific DRGs and how each group compares to the other two in that same DRG. Group A spent an extra $560,519 in six months on sepsis patients (average = $655 per admission). If Group A could reduce its Sepsis spend down to the average of the other two groups on Sepsis patients, it would be the clear winner in all categories.

This analysis demonstrates that it is possible to disentangle the cost contribution of various providers who care for a patient and then to compare the clinical and financial management of admissions among various hospitalist groups. Hospitals can now make data-driven decisions on which groups to favor in their local market.