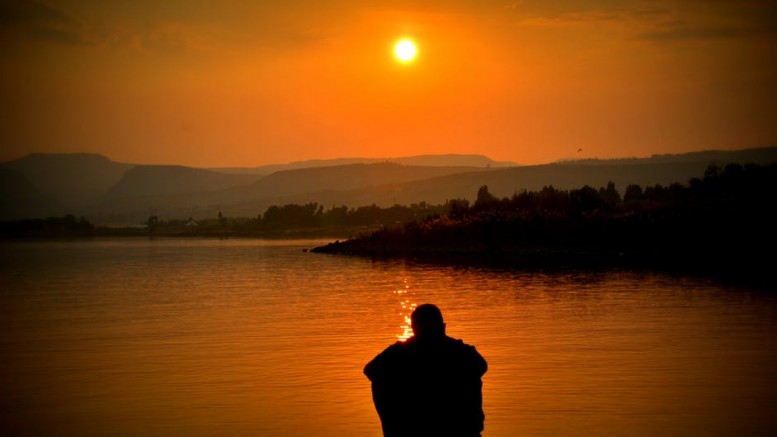 MELBOURNE, Australia and MIAMI, May 31, 2017 /PRNewswire/ — Global Kinetics Corporation (GKC), a leader in digital health technology for people with Parkinson’s disease, and the Parkinson’s Foundation today announced that the first of over 400 patients has been enrolled in the GKC APPRISE clinical study.

The multi-center, randomized, controlled study will assess the use of the Personal KinetiGraph™ (PKG™) system for identifying patients who require a change to their clinical management plan and the platform’s ability to help improve patient outcomes.

The APPRISE study is part of the Parkinson’s Foundation Parkinson’s Outcomes Project. Data from the study will be used to build evidence that supports GKC’s strategy to achieve reimbursement for US payers.

The PKG system is the first digital health technology to provide a continuous and objective measurement of Parkinson’s symptoms. This objective data, captured by the PKG-Watch over seven days, is combined with GKC’s proprietary analysis, to produce detailed reports that allow treating clinicians to accurately monitor Parkinson’s symptoms in relation to factors such as medication dose and timing, sleep and exercise.

Dr. Rajesh Pahwa, Principal Investigator at Kansas University Medical Center, the site of the first enrolled patient, said, “As a Parkinson’s Foundation Center of Excellence, we are excited to be part of the first US randomized study evaluating the use of the PKG in the Parkinson’s disease population. In our clinic, using the PKG has helped us to better understand patients’ motor states during the day and allows us to better plan their treatment. Our patients also benefit from using the PKG, as it helps them better understand their motor fluctuations, bradykinesia and dyskinesia.”

Seeking Objective Measures
Treating Parkinson’s disease is challenging as patient symptoms can fluctuate from day to day and throughout the course of a day. These fluctuations may be caused by the progression of the disease or as a complication of their medication.

“Neurologists typically ask patients to keep a written diary to track fluctuations, but a device has the potential to be easier to use for the patient, easier to understand for the clinician and more accurate,” said Schmidt. “The PKG automatically records patient symptoms with no intrusion on their daily activities, so our hope is that it will make a difference in routine care.”

This clinical study is the first to systematically evaluate the use of wearable sensors for optimizing dose and timing of Parkinson’s medications, as well as measuring the impact of medication changes on patient outcomes, in a multicenter, routine care setting in the United States.

“From the clinician’s perspective, the value of the Personal KinetiGraph resides in the objective information provided by the PKG to guide therapeutic decisions and measure changes in patient outcomes,” explained Professor Malcolm Horne, Global Kinetics’ co-founder and chief scientific officer. “The objective nature of the data allows for more informed assessment than can be achieved with clinical assessment alone.  The interim results of a 2016 pilot study showed that the PKG was able to detect uncontrolled symptoms in patients that were thought to be well controlled when assessed clinically.”

Dr. Horne continued: “From the patient’s perspective, one of the key benefits of the PKG is the non-intrusive nature of the data collection and user friendly features such as the medication reminders. Importantly, the PKG allows people with Parkinson’s to better understand their condition and have more informed discussions with their clinicians.”

About the APPRISE Clinical Study
The APPRISE clinical study is a multi-center, randomized, controlled study involving over 400 Parkinson’s patients. The study is being conducted as a sub-study to the Parkinson’s Outcomes Project Registry Study, which has grown to become an unprecedented research collaboration with over 20 leading movement disorder specialist centers participating in the project. It is now the largest clinical study of Parkinson’s disease with nearly 9,000 patients enrolled across four countries.

About Parkinson’s Disease
Parkinson’s disease (PD) is a chronic, progressive movement disorder that affects the lives of one million patients in the United States. The main motor (or movement) related symptoms of Parkinson’s disease are bradykinesia (slowness of movement), rigidity, tremors and postural instability. Other non-movement symptoms include speech and swallowing difficulties, cognitive impairment, depression or other emotional changes. As the disease progresses, symptoms may interfere with daily activities. Parkinson’s disease can be difficult to diagnose, and currently, there is no cure.  However, a variety of medications and surgery can help ease the symptoms for some patients.

About Global Kinetics Corporation
Global Kinetics is a commercial-stage digital health company revolutionizing the management of Parkinson’s disease by providing the first continuous and objective measurement of patients’ symptoms in everyday environments. The company’s Personal KinetiGraph (PKG) is a patient-friendly, algorithm-based system that records body movements and other symptoms over the course of many days and creates data-driven reports that empower more personalized treatment and management decisions—with the goal of leading to a higher quality of life for patients. Global Kinetics continues to pursue partnerships with major pharmaceutical and medical technology companies to help measure the efficacy of new and advanced therapies for the world’s most widespread movement disorder.

To view the original version on PR Newswire, visit:http://www.prnewswire.com/news-releases/global-kinetics-corporation-and-parkinsons-foundation-announce-first-patient-enrolled-in-apprise-clinical-study-for-optimization-of-parkinsons-treatment-300466530.html

The information on this page is provided by PR Newswire. All rights reserved. Reproduction or redistribution of this content without prior written consent from PR Newswire is strictly prohibited. Tampa Bay Business Journal is not responsible for this content. Learn more about this service.