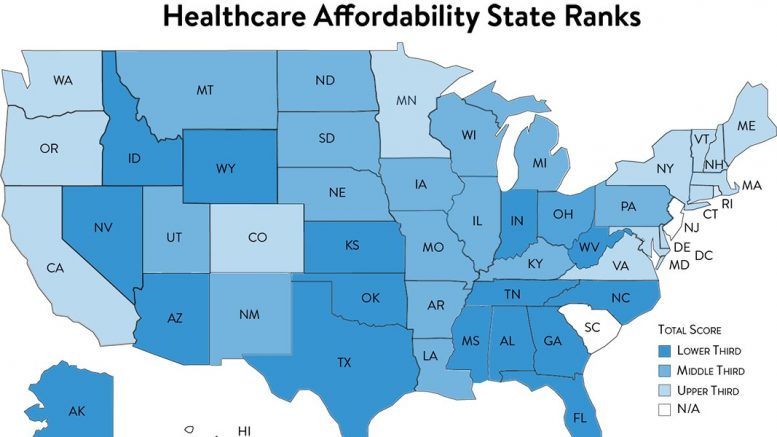 Affordability Scorecard Shows Areas Where States Can Continue to Address the High Cost of Healthcare, A Top Concern of Consumers

Altarum’s Healthcare Value Hub released their 2021 Healthcare Affordability State Policy Scorecard, ranking 50 states and the District of Columbia on their adoption of evidence-based policy actions to improve healthcare affordability for residents. The Scorecard looks at both policies and related outcomes across four affordability-related key areas that were implemented prior to Dec. 31, 2020.

The Scorecard shows that many states are working to increase access to coverage, though progress on making coverage and care more affordable for residents has been less robust. Polling data continue to show that affordability is a major issue that residents on both sides of the political aisle want elected officials to work on.

States play an important role when it comes to making healthcare more affordable – they have the power to pass and implement policies to produce better value for customers, an increasingly important approach given the slow pace of federal legislation.

Data show that high healthcare prices are the major driver of healthcare affordability problems. In Maryland, the least expensive state for this measure, inpatient private payer prices are 132% of Medicare prices, compared to 241% of Medicare prices in New York, the most expensive state. States should curb excess prices in order to reduce costs passed to consumers and lessen affordability burdens.

The four policy areas in which Altarum’s Healthcare Value Hub ranks states include:

States are also ranked on their outcomes in four areas:

Lawmakers, regulators, consumer advocates and the public can use the Scorecards to understand how their state performs when it comes to healthcare affordability policies and outcomes relative to other states and identify opportunities to improve. Additionally, high performance in certain areas by several “leader” states provide proof-of-concept that other states can emulate.

Even states that ranked at the top of the list can do more to improve affordability for their residents. If Massachusetts, the highest ranked state, scored 65.3 out of 80 total points—equating to a B- on a graded scale. Findings from a recent survey show that 51% of Massachusetts adults experienced some form of healthcare affordability burden in the past year, proving that even the best performing state has more work to do.

It is important to note that scores between the current and previous iteration of the Scorecards (published in January 2020) should not be compared. In an effort to improve the Scorecard, data sources and calculations were changed for certain policy and outcomes measures. As a result, many changes in score/rank are due to changes in methodology, rather than changes in state policies or outcomes.  Instead, this Scorecard should be used as a “point in time” assessment of each state based on the improved measures. That said, well over 100 affordability-related policies were passed between Scorecard iterations, which also impacted ranks and scores.

Read the Executive Summary, state Scorecards and Methodology at https://www.healthcarevaluehub.org/affordability-scorecard