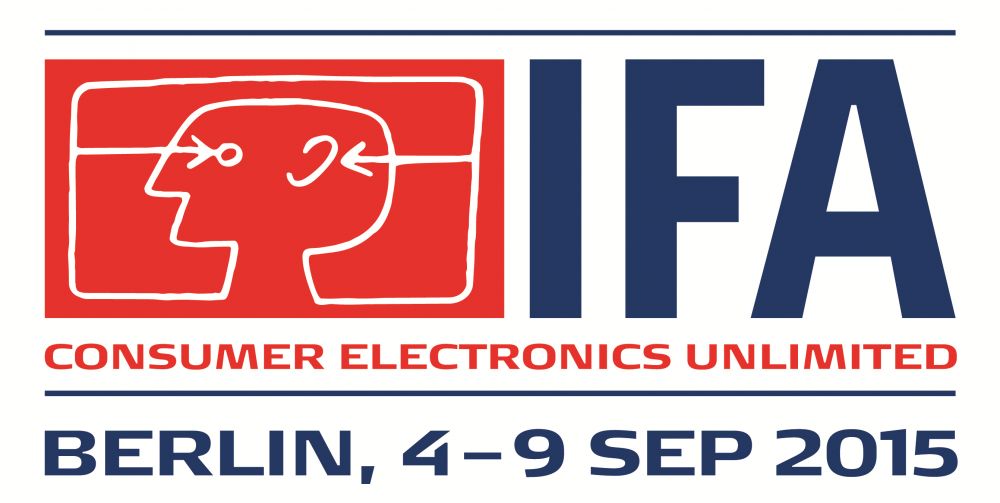 IFA – Official Partner of the Future
IFA in Berlin, the global trade show for consumer electronics and home appliances, presents the latest products and innovations in the heart of Europe‘s most important regional market. Only IFA offers such a comprehensive overview of the international market and attracts the attention of trade visitors each year from more than 100 countries.

IFA is the world’s leading trade show for consumer electronics and home appliances and will take place on the Berlin Exhibition Grounds (ExpoCenter City) from 4th to 9th September 2015.

IFA is the main meeting place for key retailers, buyers, and experts from the industry and the media. Don‘t miss the opportunity to explore emerging trends and celebrate the premieres of new technologies and products.

IFA as the world’s meeting place for the industry

Never before in the 90-year history of the event have so many products made their world debut at IFA. More than ever IFA 2014 underlined its expertise in its role as the world’s meeting place for the industry and for exchanging information.
IFA’s unique blend of product innovations, stars and entertainment, presented by 1,538 exhibitors on a display area covering around 149,500 square metres, attracted more than 240,000 visitors. The floor space occupied was larger than at any previous event in the history of IFA. Over a period of six days alone IFA 2014 generated orders totalling 4.25 billion euros, and follow-up business is expected to be good.
Dr. Christian Göke, Chief Executive Officer of Messe Berlin: “As the world’s leading trade show for consumer electronics and home appliances IFA is the world’s most effective information exchange for the industry. Within companies, IFA is a matter for decision-makers at the highest level.“ Jens Heithecker, the director of IFA: “In 2014 we were able to strengthen IFA’s position on the world market. More than 2,600 international journalists reported on the product innovations in Berlin to audiences all over the world and ensured that the manufacturers took centre stage.“