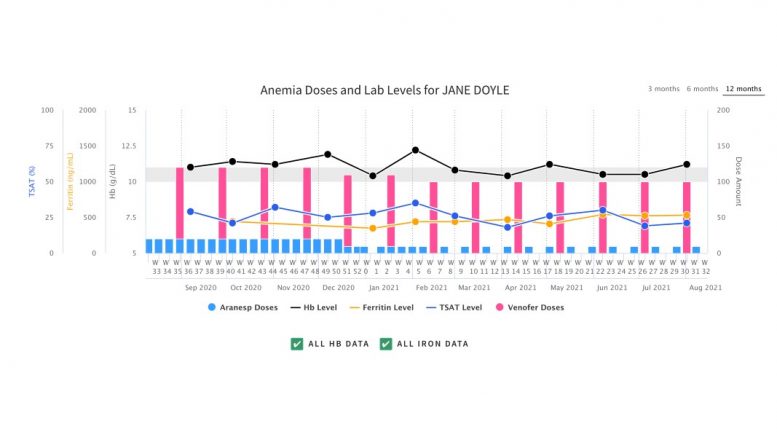 Dosis, a market leader in artificial intelligence-powered precision dosing, announced the expansion of its kidney care platform with the release of its Strategic Iron Advisor (SIA). It is being introduced as the first precision dosing tool on the market for intravenous iron.

“This release is a major step toward realizing Dosis’s goal of becoming the standard of care for chronic disease management,” said Shivrat Chhabra, co-founder and CEO at Dosis. “SIA demonstrates the extensibility of the Dosis platform.”

SIA issues dosing recommendations for IV iron, which is often dosed in tandem with ESAs to manage chronic anemia. Iron is an essential building block of red blood cells, and patients should be iron-replete in order for their chronic anemia to be managed as effectively and efficiently as possible.

Clinics that manage chronic anemia often have separate protocols for ESAs and IV iron, and they are typically burdensome to follow. Clinics that use SAA and SIA will be able to simultaneously access ESA and IV iron dose recommendations for their patients, easing the operational burden. By optimizing anemia management, clinics can reduce the utilization of both ESAs and IV iron, which reduces patient exposure to the drugs and the clinical cost of care. Clinics that use SAA are able to reduce their drug utilization by 25% on average, while maintaining or improving quality outcomes. Results with SIA are expected to be similar in magnitude.

“The release of SIA allows us to deepen our collaboration with our partner clinics and offer them a truly comprehensive solution for anemia management,” said Divya Chhabra, co-founder and COO at Dosis.