David Abramson, a resident of Northbrook, Illinois, has been named President of Israel Cancer Research Fund, the largest non-profit dedicated to funding cancer research in Israel, effective January 15, 2021. He succeeds Rob Densen who held this position for two two-year terms. 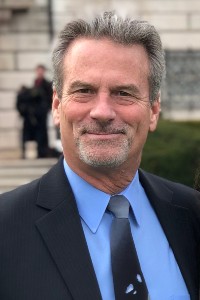 Abramson, a resident of Chicago, Illinois, is Chairman of Rapid Displays, a leading marketing and point-of-purchase display firm. He previously served as CEO of the company for two decades before it was acquired in 2019 by Gemspring Capital. In the early 2000s, David was the Chairman of Point of Purchase International, a global non- profit organization, representing 1,800 member companies. He holds an MBA from Northwestern Kellogg School of Business and a BBA from the University of Michigan.

Active in the Israel Cancer Research Fund for more than ten years, Abramson served as Chair of ICRF Chicago for the past seven years. The pivotal moment for him is when he and his wife travelled to Israel on an ICRF mission in 2015. “The scientists were constantly thanking us for what we are doing for them in raising funds to support their work. I thought we should be thanking them for working in careers that have helped to find new and more effective treatments in the battle against cancer. When I returned home I felt more motivated than ever to help them succeed. The simplest way to do that is to raise funds for them to continue their life-saving research.

In response to David Abramson’s appointment, Dr. Mark Israel, National Executive Director, noted: “David is a superb choice to lead ICRF forward. His experience and success a leader and businessman will undoubtedly bring ICRF to new heights. His commitment, as evidenced by the outstanding contributions of the Chicago Chapter of ICRF in the past seven years, will bring new opportunities and new resources to ICRF to support the scientific endeavors of Israel’s leading cancer scientists.”