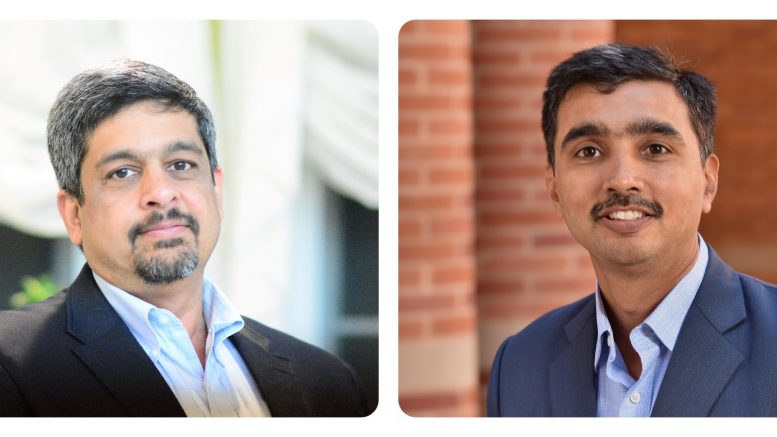 COO Jaydev Thakkar and CTO Milan Shah both have decades of experience in their respective fields, while sharing common ground in technology and entrepreneurialism. Both executives left leadership positions at established, successful companies to join Biofourmis based on their strong belief in the company’s disruptive potential and in the Biovitals® Platform, a highly sophisticated, AI-powered analytics platform that predicts clinical exacerbation in advance of a critical event.

Most recently, Thakkar was director of Digital Health and Innovation at pharmaceutical company Amgen, where he led its “beyond the therapy” digital innovation strategy to maximize product value and clinical outcomes across the patient journey—from clinical development through product launch and post-marketing—in partnership with cross-functional product leadership teams. At Amgen, where he served for 14 years, Thakkar also led information technology operations for the company’s large portfolio of global clinical trials—including some of the largest ever in the industry,  with more than 27,000 participants across 50 countries and more than 1,000 sites. Before Amgen, Thakkar was a telecommunications, technology and finance consultant who co-founded a technology startup and also managed his family’s manufacturing business in India.

“I was familiar with Biofourmis while at Amgen, and what always impressed me beyond their technology and rapid growth was their rigorous dedication to compliance and quality—which is rare for a company that was still technically a startup,” Thakkar said. “Now that I have joined the team, it is even more clear to me that Bioforumis is the frontrunner in the rapidly expanding digital therapeutics market, with its robust, effective and clinically validated technology. I am excited to advance Biofourmis’ mission to help patients receive optimal care while experiencing the highest quality of life.”

Shah was most recently co-founder and CTO at Uptycs Inc., which offers a scalable cybersecurity analytics platform that automatically monitors, predicts and protects server fleets from attacks and other security threats. A seasoned entrepreneur for nearly 20 years, Shah has founded or co-founded technology companies and built solutions that later attracted corporate buyers, such as Symantec. Before entrepreneurialism, Shah began his career at Microsoft, working as a development manager and lead on new Windows® solutions.

“During my due diligence of Biofourmis, its technology, and the published research that the company is based on, it became clear that guiding Biofourmis’ technology vision was a once-in-a-lifetime opportunity,” Shah said. “Biofourmis has carefully chosen or developed the optimal technology pieces to build its platform—the artificial intelligence algorithms, machine learning capabilities and wearables—and taken them to the next level by creating a robust, scalable and clinical-grade solution that is best-in-class. It is a thrill to be joining such a disruptive force in healthcare.”

Reporting to Biofourmis founder and CEO Kuldeep Singh Rajput, Thakkar and Shah will both be based in the Boston headquarters, overseeing teams at that location as well as the company’s other offices in Singapore, Switzerland and India.

“It is an honor to have such experts in their fields transition from prominent leadership positions to join our rapidly growing company,” Rajput said. “Jaydev has invaluable pharma and clinical trial leadership experience, including deep experience in digital therapeutics. Milan’s background in building technology startups and scaling them is also vital to our company, as we have many new products in our Biovitals® pipeline that we are bringing to market. Adding such highly qualified healthcare and technology leaders to Biofourmis’ executive team will help us accelerate our controlled growth trajectory, while maintaining the highest levels of quality and compliance required in our industry.”