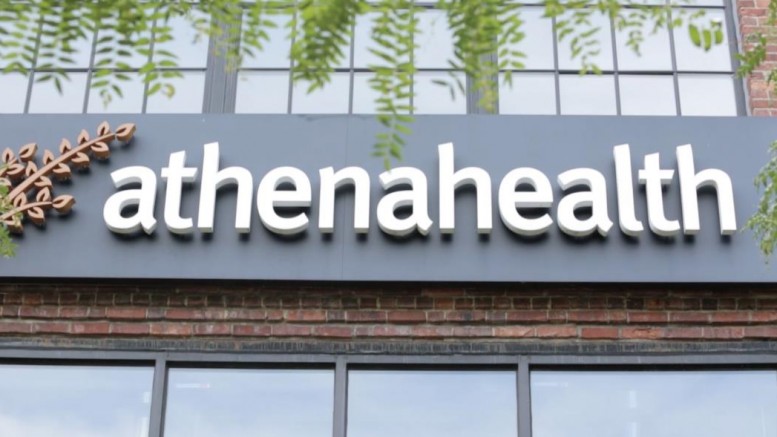 athenahealth, Inc. (NASDAQ:ATHN), a leading provider of network-enabled services and mobile applications for healthcare providers nationwide, today announced the appointment of Tom Szkutak, former Amazon.com chief financial officer, to its Board of Directors, effective June 14, 2016. Mr. Szkutak will serve on the Compensation Committee and Nominating and Corporate Governance Committees of the Board of Directors.  With this addition, the athenahealth Board of Directors now comprises eight members.

Mr. Szkutak served as senior vice president and chief financial officer atAmazon.com from October 2002 to June 2015. Prior to Amazon, Mr. Szkutak spent 20 years with General Electric (“GE”). He held a variety of positions at GE, including chief financial officer of GE Lighting from September 2001 to September 2002, finance director of GE Plastics Europe from March 1999 to September 2001, and executive vice president of finance at GE Asset Management (formerly known as GE Investments) from May 1997 to March 1999. Mr. Szkutak also spent several years living outside of the United States while at GE with assignments in Europe, Asia, andAustralia and is a graduate of GE’s Financial Management Program.  Mr. Szkutak received his B.S. in business administration from Boston University, where he graduated magna cum laude.

“We are thrilled to have Tom Szkutak join our Board of Directors,” said Jonathan Bush, CEO of athenahealth.  “Between his roles in finance at GE and, more importantly, his thirteen years as a leader on Jeff Bezos’ executive team, where he helped shape the great American story that is Amazon, we are adding a highly strategic director to our Board who we believe will help us to further grow, expand our services, and redefine healthcare’s experience with an expectation of technology in healthcare.”

“I am excited by the opportunity to serve on athenahealth’s Board of Directors,” said Tom Szkutak. “While healthcare differs from the retail world from which Amazonsprouted, I see many cultural, mission-oriented, and business parallels between the two companies.  I hope to lend my experience working with Amazon through its high-growth period and category expansion to athenahealth as the company furthers its goal of becoming the healthcare Internet.”