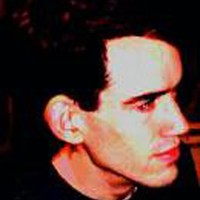 One of the themes in Artificial Intelligence learning is finding out frames of thought and meaning and how to apply those to machines and technology to teach ethics and intuition. After trying to understand what those algorithms looks like for healthcare some experts in technology advised that healthcare should be looking at Ontology and Philosophy more. I looked at Ontology on Quora and found a philosopher, Nathan Coppedge. He is a member of the International Honor Society for Philosophers (the founding chapter of the Gamma branch at his university), and also a famous quotable, visionary artist, and known for making the incredible claim that he invented perpetual motion.

I spoke with Nathan Coppedge, founder of a coherent philosophy which may have many applications. I interviewed him specific questions about Coherence and Healthcare.

What you or any researcher will find is that when you delve into coherence, there is a new kind of limit. At this beginning level, coherent data is already much more efficient. This type of computing, I don’t think I’m exaggerating to say it is like quantum computing without the quantum computer. You can do marvelous things even on a conventional computer with coherent data. There are still some issues with the expression of the data and the way the data is used. However, it is clear that the limit is now efficiency and perfectibility. I’m no longer sure there is a realistic processing limit given current hardware, especially if coherence were applied to quantum computers.

Well, first off, I’ve only recently begun to study psychology and medicine in any seriousness, but I have been looking at consumer innovations for some time. The biggest potential right now is not directly related to coherence, but more related to adopting concepts similar to coherence. For example, rezoning some areas to serve as both hospitals and residential housing could reduce costs on both ends. Emotion-based education, if done with proper intuition and freedom, could be a better way of learning how to meet highly specific needs, which is a significant adaptation. Coherent technologies could benefit emotional education by providing a rational structure for understanding any emotion, providing a context for understanding any given object. After all, empathy and intuition are about understanding, and coherence is designed for applications like what I call omni-science and psychic techniques, which have many potential practical benefits.

Machine learning is a matter of applied knowledge. That is all you need to know other than designing products and creating an infrastructure that benefits the consumer. However, the implications are radical.

Yes, paroxysm is a technical word for the second of my major systems, that is, it was the second I discovered, and it is concerned with solving ALL problems. I’m like you, I get a kind of naïve feeling about this, because it is strikingly simple in its proportions. It is devilishly simple, and it was originally designed for solving paradoxes. The method is to choose the opposite of each term in the best definition of the problem, in the same order as the corresponding original words. I have found that it solves all paradoxes I have tested, and it solves all problems that are genuinely problematic. With problems ‘problem’ must be included in the problem, and ‘solution’ in the solution, but with paradoxes the extra words are unnecessary. Obviously, once the restrictions are worked out, this might help solve mathematical problems as well as many other types, but much of it would remain within category theory, or categorical computing. But it may have implications in medicine I have thought as well.

Psychic prediction is really a domain unto itself. But, it can be researched by looking up my paper Psychic Prediction Techniques also available as a book. There are obvious practical overlaps with my categorical deduction and paroxysm once you get sufficiently technical. A lot of the missing pieces are covered by conventional A.I.

I happened to be one of a number of students interviewed by an education reporter in middle school. In the article she wrote she described me as anachronistic, which is a word meaning ‘against time’. Interestingly, the word can mean timelessly futuristic, or timelessly archaic. It can mean either one. I find myself on both ends of the anachronistic spectrum. I am a logical fundamentalist, but I also have a conscience for the future. And, to me, those are the things that are most futuristic, and most archaic. Interesting, I think. Perhaps it means most timeless, but that sounds arrogant.

Learning about Philosophy and Healthcare and how it will change artificial intelligence is a great area of learning. To join the conversation comment or join Quora. How do you think Coherence and Artificial Intelligence and Healthcare will collide?